A Happy Waking Dream About Teaching A Class 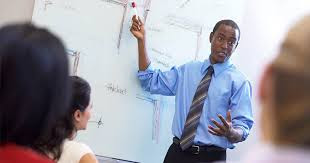 So often we feel pummeled by life. Even when we are trying to live by spiritual tenets, it’s usually a course correction that causes us to refocus if our attention has begun to drift and we’ve reverted to old, unhelpful habits. When we receive course-correction messages, as often as not, they’re unpleasant. As I’ve posted repeatedly on this blog, they come in the form of waking dreams—nudges that remind us that we’ve veered off of our desired path, or prompts that urge us into a new direction. And so often, there is an element of abruptness associated with these communications. They are trying hard to get our attention, and they do so by jolting us in some way—usually by surprising us.

But not all waking dreams are like that, and it is a supreme pleasure when I can pass along a different kind of waking dream experience, one that is delightful. Waking dreams not only warn us if we’ve strayed, they also congratulate us when we are doing things right. This is the classic scenario that Joseph Campbell referred to so often when he said, “Follow your bliss, and doors will open where there were only walls.” What he meant was that, if you are truly, firmly and solidly on your spiritual path, opportunities will come your way in unexpected and almost magical fashion.

The waking dream this week is an example of that phenomenon. It was shared by an individual of retirement age who has devoted his lifetime to teaching metaphysical and spiritual principles.

A dream about a surprising opportunity
I’ve been teaching courses in spirituality my entire adult life. I’ve always had wonderful turnout. But lately, I’ve watched as attendance has dwindled. Finally, the last time I advertised that I was offering a class, no one signed up.

I can’t say that I was overly concerned. All of us on the spiritual journey have periods when we are in the role of sharing outwardly. Then there are equally important times of quiet and meditation. I thought, perhaps, it was time for me to go within for a while. But I was perplexed because, up until then, I had the sense that I was being prepared for an even larger role as a teacher.

Then, my wife and I went on a house-hunting expedition. She has always wanted to live by the water, and since we are both retired, this seemed like a good time to pursue the possibility. We booked a B & B in one of these quaint, tiny, unlikely coastal towns and prepared to go snooping around.

When we arrived, our hostess told us about a talk being given that evening. We were tired and wanted to beg off, but I agreed to go. There were three of us carpooling: me, my hostess and a woman who is a chef. During our conversation, I told them what I did, and was amazed to witness the wheels start turning. Before the evening was over, my hostess had organized a gathering during which I was to lecture, and the chef was going to prepare a meal of dim sum for everyone. 20 people came to my talk!

More on Wednesday
Posted by David at 09:31