A Waking Dream About A Halloween Flasher 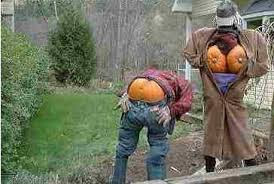 When someone draws “The Fool” card in a Tarot reading, always the question to be considered is whether this fool really is a fool, or whether he represents "The Sage" in disguise. This week we’ll be examining a waking dream that brings this question into focus. The waking dream occurred shortly before Halloween.

The dreamer is a woman whose family is grown enough that, after many years, she can begin to think about her own life for a change. As you read her description of what happened, remember that this was not a dream in the traditional sense. She was not in her bed, asleep during a period of rapid eye movement. Instead, this happened in broad daylight while she was wide awake and going about the normal business of her day. In other words, she experienced a startling waking dream.

A waking dream about a flasher
I’ve gone back to college; I want to get my degree. So I’ve been taking some courses, and that involves a short commute. The other day, on my way back home after class, I happened to look to my right, and there, standing in the middle of his doorway, facing full front, was a man, stark naked, holding an orange bucket that said “Trick or Treat” on it. As you can imagine, my mind went through a whole range of wild emotions. First there was shock. Then disbelief. Then came the question, “Did anybody else see this, or was it only me?” Then there was a cross between disgust and amusement. And finally, there was a kind of shaking-my-head jaded bewilderment. I wouldn’t call the incident overwhelming, but it certainly got my attention, and yes, it was repulsive. But I also knew it was a waking dream, and that I’d better look at it from that perspective.

Some initial thoughts
The dreamer states that she knew this was a waking dream. What were the specific characteristics that helped her identify it as such?

I suggest to dreamers that there are three—perhaps four—things to look for.

1)      Was the incident shocking? Did it leave you gasping for breath, or unpleasantly amazed, or speechless?
2)      Was the incident bizarre? Was it the kind of experience that is not supposed to happen? Or something that has never come up in your life before? Or highly improbable?
3)      Was the incident repetitive? Over a period of time, did you experience a series of nearly-identical events, things somewhat out of the ordinary that happened repeatedly? Did it seem as if “every time you turned around” this occurrence was re-manifesting in your life?
4)      And perhaps most important of all: Did the incident “stay with you” despite your best efforts to move past it? Did you find yourself thinking about it at dinner, then before bedtime, and then when you woke up the next morning? Did the injustice of it or the strangeness of it bother you throughout the coming hours, days and even weeks? Did it leave you consciously perplexed?

I tell dreamers that, if even one of those categories fits, then the dream is important. In this case, three out of the four were relevant.