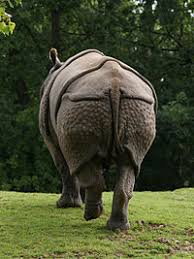 (I would like to apologize for today’s late posting. I have been on the road, and my travel schedule has made it difficult to find time to write my blog. Sorry about that!)


This week, we’ve been examining a dream about an animal that keeps changing its form. We have taken each of the dream symbols and separated them out of the dream, individually. I then asked the dreamer to “tell me about” each one. He made comments—whatever came to his mind—about each symbol. For example, as he was originally telling me his dream, he started by saying that, in his dream, he was outside. I then asked him to “Tell me about being outside,” and he replied, “It’s a place where I feel unconfined in a huge expanse of space.”

Now it was time to reassemble his dream. But instead of retelling the dream using his original symbols, I replaced those symbols with his descriptions of them. Also, in the reconstructed version, I frequently added short phrases—such as, “there is a part of me”—to remind the dreamer that all symbols in his dream represent some facet of himself.

The reconstructed dream
There is a part of me that is unconfined in a huge expanse of space. I’m on my own two feet. Self-supported. Ready for action. I’m at a location within myself that is less traveled. Not much traffic. It’s quieter, but also dustier. It blends in better with nature. It’s not populated. The environment is more natural and less manipulated. I’m looking in the direction of approach and impending arrival. Coming toward me is a part of myself that can be ornery and snide. But it is also quite psychic; it has special powers. This part of me is moving toward me in a lively manner, but without being hurried. I am not its destination. I’m just observing it in its own environment. Unexpectedly, this part of me acquires a prickly defense mechanism. It shows itself to be independent and unafraid because its defenses are so effective. I feel disbelief. Really taken aback. This part of me is right where I can’t ignore it. It is what takes up all of my attention. Now, I am looking at the least attractive angle and view of it. Also, there is a sense of being ignored or even shunned. There’s a feeling of being left behind. There is also the fact that waste is ejected from this view from the behind. My vision is obscured so I am less able to distinguish details about what is going on. This same part of me that I have been observing all along now becomes a large, armored creature. Impenetrable. One gets the sense that nothing can touch or harm it. It is impervious.

Some initial observations
Isn’t it fascinating that a dream which seemed nonsensical—all about an animal that changed from a cat to a porcupine and then to a rhinoceros—suddenly transforms itself into a coherent, meaningful narrative? We will have to wait until tomorrow, when we discuss the dream with the dreamer to learn the specifics of what this dream is a reference to. But even now, there are themes that are clear. Basically, the dreamer seems to be confronting an aspect of himself that is psychic and has special powers. But this part of him is balking at cooperating with him.