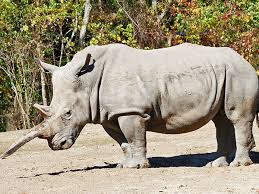 All week we’ve been examining a dream in which a cat changes to a porcupine and then to a rhinoceros. The dream makes no sense in its literal version. But when the dreamer and I analyzed each of the symbols separately, then reassembled the dream in its new, analyzed version, themes presented themselves. They were consistent and coherent.

I discussed the most prominent ones with the dreamer. Briefly, in his dream, he found that he was being approached by a part of himself that was psychic and had “special powers.” But it seemed that he, himself, was not “the final destination” of this psychic ability. And the more he observed this psychic part of him, the more unapproachable it became. At the end of the dream, there were even descriptions of it being “impenetrable” and “impervious.” The dreamer mentions being in “disbelief” and about being “taken aback” by this series of events.

I asked for his thoughts.

The dreamer comments
Boy! This dream really cuts to the chase. I mean, that is the main issue that I deal with in my life all the time. I know I have these abilities—whatever you want to call them. It’s some kind of prophetic vision or something. I just know stuff before it happens. But sometimes, I don’t want to know that stuff. And mostly, I just want to be left alone.

I used to talk about this with guys at work. But it was never really OK. I mean, they either thought I was weird, or they wanted to pick my brain. Or the worst was when they started bugging me to come up with predictions about their own futures. It doesn’t work that way; I can’t just pull this stuff out of a hat. In fact, I usually don’t have any idea when an understanding will come to me. I can be in the shower thinking about what I’ll have for lunch that day, or leaning over and tying my shoe, and suddenly, there it is. It usually comes in the form of a visual picture of something that will happen. When the thing does happen, it isn’t always exactly like the way I saw it in my mind. But it’s almost always really close to what I saw.

The trouble is that I don’t know what to do with a vision like that when I get it. Sometimes, it’s really useless information. And other times it’s bad stuff—like something bad that will happen to someone. What am I supposed to do with that? Once or twice I went up to the person I had the information about, and told them what I saw. But it happened anyway. So what good was it to tell them?

I don’t know. I guess I need to to try to find some way to make friends with this ability. The fact that I’m dreaming about it seems to be a clue that it’s time to look at it closer. I do have a woman friend who is psychic; she does it professionally. I suppose I could talk to her about this. For sure I’m getting tired of always butting up against it this way.
Posted by David at 07:57