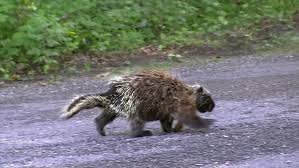 On Monday we began examining a dream with an animal that kept changing its form. I suggested that, rather than trying to make literal sense of the dream, it would be better to take each symbol and treat it like a separate, independent idea. I compared dream images to Egyptian hieroglyphs. Each glyph is a picture which stands for an idea, and the trick in reading glyphs is to learn the meaning of each one by itself. Only then can one try to assemble the various ideas into a coherent narrative. The same is true with dreams.

The first step is to isolate the dream images. One of the most effective ways to do that is to listen while the dream is being told, and write it down in such a way that the writer could repeat it back if necessary. This creates a kind of shorthand in which all of the most important words are documented on paper. That has been done in the list below, with the important words in bold.

Next, I simply ask the dreamer to talk about each image. All words have literal definitions, but many also have meanings in a broader, metaphoric context. For example, “hot potato” literally means a freshly cooked root vegetable. But “hot potato” is also an expression signifying that something is too controversial or uncomfortable to deal with. When I ask a dreamer to talk about each dream image, it is the broader, metaphoric meaning that I am looking for. I simply ask the dreamer to “Tell me about” each image.

Tell me about…
* Outside:  I’m unconfined in a huge expanse of space.
* Standing:  On my own two feet. Self-supported. Ready for action.
* Dirt road:  It’s less traveled. Not much traffic. It’s quieter, but also dustier. It blends in better with nature.
* Rural area:  Not populated. The environment is more natural and less manipulated.
* Left:  When you stand by a road, left is the direction that cars approach from. So left is the direction of approach and impending arrival.
* Cat:  Cats can be ornery and snide. But they are also quite psychic; they have special powers.
* Trotting:  Moving in a lively manner, but without being hurried.
* Passes me:  I am not its destination. I’m just observing it in its own environment.
* Porcupine:  Prickly defense mechanism. Independent and unafraid because its defenses are so effective.
* Watch in amazement:  Disbelief. Really taken aback.
* Right in front of me:  It’s where I can’t ignore it. It is what takes up all of my attention.
* Back end:  The least attractive angle and view. Also, there is a sense of being ignored or even shunned. There’s a feeling of being left behind. There is also the fact that waste is ejected from the body from the behind.
* Can’t see clearly:  My vision is obscured so I am less able to distinguish details about what is going on.
* Rhinoceros:  A large, armored creature. Impenetrable. One gets the sense that nothing can touch or harm it. It is impervious.

Thoughts
The above words in bold are our dream “hieroglyphs.” The dreamer’s descriptions of the words are the hieroglyphic meanings. On Friday, we’ll reassemble the dream into a coherent narrative.