A Dream About A Shape-shifting Animal 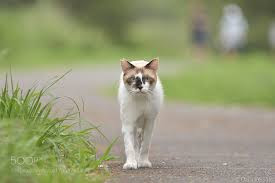 One of the peculiarities of dreams is that they can morph at will. When we look at them and try to understand them logically, they often leave us scratching our heads; they simply don’t make sense. That’s when it’s time to stop trying to comprehend them from the perspective of our human lives, and instead, try to learn the language that they communicate in.

That is the language of metaphor. Rarely should dream images be taken at face value.
Instead, every dream image is communicating an independent concept. What the dreamer experiences is a sequence of hieroglyphs. It’s a little bit like reading a clay tablet from ancient Egypt or China. If you try to read hieroglyphs as if they are part of a logical movie plot with a beginning, middle and end, then you will be perplexed. But if, instead, you comprehend that each hieroglyph stands for an idea—like a word or a phrase—then you can go about putting the various phrases together to arrive at an understanding of the hieroglyphic message.

The same is true with dreams. Each dream image stands for an idea, and the technique of interpreting a dream involves moving past the literal imagery and understanding the idea that is implied by the image.

In the dream we will examine this week, there are three sequential images that, taken literally, are nonsense. They involve an animal that keeps turning into another kind of animal. At face value, the dream is gibberish. But if we examine each animal type as it evolves, and understand it for itself without trying to fit it logically into the dream plot, then we will open a door to the dream’s message.

A dream about a shape-shifting animal
In my dream, I’m outside, standing beside a dirt road in a rural area. I look to my left, and I see a cat trotting along the road toward me. But as it passes me, it turns into a porcupine. Then, as I watch in amazement as it continues walking—now to the right of me—I look at its back end, and although I can’t see it as clearly any more, it looks like a rhinoceros.

Some initial observations
This dream begins logically enough. The image of the dreamer standing by the side of a dirt road is perfectly plausible. But then the dream gets crazy. An approaching cat first turns into a porcupine and then the rear end of a rhino.

The first thing we have to do is disassemble the dream and treat each image by itself. That is true for both the logical and the illogical images. For example, standing beside a dirt road is the first image. If we were to document this dream on a clay tablet, that would be the first hieroglyph. Then it’s a question of discovering each successive glyph of importance.

How do we know which images to include? I tell the dreamers in my classes to write the dream down in short hand. The important words will be included:  outside, dirt road, rural area, look left, cat, trotting, passes me, becomes porcupine, amazement, back end, can’t see clearly, rhino.

That’s the interpretation starting point.
Posted by David at 12:26