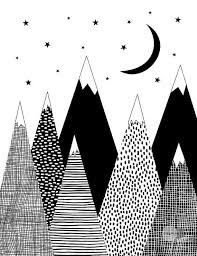 This week we’re examining a nonsense dream. What’s interesting is that as soon as the nonsensical imagery is revisited as metaphor, themes emerge. The dream’s ludicrous nature fades and the dreamer is left with a definite progression of ideas. As you read, notice that a specific theme is represented in each paragraph, and that every theme builds on its predecessor.

The nonsense dream retold as metaphor
There is a part of me that has ample space for sleeping. It’s not cramped. Plenty of room. This part of me reminds me of youthful times and sleepovers. There’s also an element of excess. This part of me is also flat and featureless, but smooth. There is a sense of possibility—like a blank screen that anything could be manifested onto. It’s convenient, workable, easily reached, not needing extra effort. It’s untainted, pure, blank. It has no imperfections or areas that call attention to themselves. It is blank, meaning it is empty and could be filled with whatever one wanted.

But in this space within me, there are some artificial things. They seem to be trying to represent something substantial, but you can tell they’re mockups. Even their sharpness isn’t really sharp. If you pushed on a sharp place, you would crush it. They aren’t real, they are just pretend.

In this space within me, I am in a meeting with every part of me who is conscientious in my total inner community. There is a sense of urgency, that whatever comes out of the meeting will affect all parts of me. One of the attendees who is a part of me, is supposed to enlighten us all and bring clarity to what we are seeing. But he is uttering incomprehensible nonsense. He makes it seem as if he is carefully studying the landscape. But he’s uttering nonsense syllables. It doesn’t mean anything. All of us attending are surprised to the point of being immobilized. It’s clear that what everyone thought would happen, did not. No one gets the information they are expecting.

Lying down and concealing himself and dormant in wait, is the part of me in charge. He carries weight. He is distinguished from the rest, but also still in the realm of black and white; there is no color. It is still sort of nebulous. He makes himself look his best, getting rid of any wrinkles. It is like he is disdaining the meeting and all that has happened there. Two other parts of me are with him. They are also self-important, but more like cronies and “yes-men.” All these parts of me express disapproval in a way that makes themselves feel extra important.

An initial examination
The themes expressed in this dream build from the beginning. The dream starts with the idea that there's a blank space associated with sleeping. There are multiple descriptions of this space, but the dominant one seems to be that it “could be filled with whatever one wanted.”

Later, something does get filled in there, but whatever it is seems artificial. What’s more, no one seems able to make sense of it.

Tomorrow, we’ll ask the dreamer for his own take on this unusual dream-message.
Posted by David at 11:25