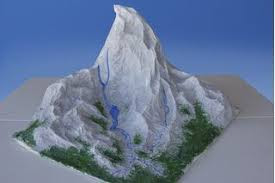 This week we’re examining a dream that seems like nonsense. The point I hope to make is that, even when dreams seem ludicrous at face value, they, like all dreams, contain important instructions for the dreamer. The trick is to understand the images as metaphors, then to “translate” the metaphors into plain English.

The first step is to isolate the important dream symbols. Below, you can see those symbols at the beginning of each line. They’re the words in bold type. My job as the dream facilitator is to bring each of those words to the attention of the dreamer and to ask him if he can make a metaphoric association. I do this as gently as possible, simply asking him to “Tell me about” each one.

Tell me about…
* King-sized beds:  Ample space for sleeping, not cramped. Plenty of room.
* Two beds touching:  It reminds me of youthful times and sleepovers. There’s also an element of excess.
* Horizontal plane:  Flat and featureless, but smooth. There was also a sense of possibility—like a blank screen that anything could be manifested onto.
* Slightly above the knee:  Convenient, workable, easily reached, not needing extra effort.
* White:  Untainted, pure, blank.
* Smooth:  It had no imperfections or areas that called attention to themselves. It was blank, meaning it was empty and could be filled with whatever one wanted.
* White jagged shapes:  They were artificial. They seemed to be trying to represent something substantial, but you could tell they were mock-ups. Even their sharpness wasn’t really sharp. If you pushed on a sharp place, you would crush it.
* Miniature mountain peaks:  Again, they weren’t real, they were just pretend.
* Really important gathering:  There was a sense of urgency, that whatever would come out of the meeting would affect everyone.
* Lots of other people:  It seemed like everyone who was conscientious in the community was there.
* Guy who was the interpreter:  He was supposed to enlighten us all and bring clarity to what we were seeing.
* Guttural, throaty sounds:  It was nonsense, incomprehensible.
* Eyes scanning the peaks:  He made it seem as if he was carefully studying the landscape.
* Tee-yorn:  It’s nonsense syllables. It doesn’t mean anything.
* Shocked:  Surprised to the point of being immobilized.
* Mess of things:  It was clear that what everyone thought would happen, did not. No one got the information they were expecting.
* Man under the bed:  It was as if he was concealing himself and lying dormant in wait.
* Mayor:  He was the one in charge.
* Heavy-set:  He carried weight.
* Nice grey clothes:  Distinguished from the rest, but also still in the realm of black and white; there was no color. It was still sort of nebulous.
* Brushed himself off:  Made himself look his best, getting rid of any wrinkles.
* Left the room:  It was like he was disdaining the meeting and all that had happened there.
* Two tall and skinny men:  Also self-important, but more like cronies and “yes-men.”
* Shook their heads:  Expressed disapproval in a way that made themselves feel extra important.

Initial thoughts
If you read the dreamer’s responses above, you see that, like all dreams, even ones that seem to be nonsense contain recognizable themes.