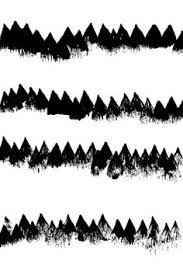 This week we analyzed a nonsense dream. When we reached the metaphor stage, themes began to emerge. As I sat down with the dreamer to see what he might make of his own experience—now that it had been “translated” into metaphor—one paragraph struck me with its poignancy. It followed immediately after the opening which described a blank space that “could be filled with whatever one wanted.” Here is that paragraph:

But in this space within me, there are some artificial things. They seem to be trying to represent something substantial, but you can tell they’re mockups. Even their sharpness isn’t really sharp. If you pushed on a sharp place, you would crush it. They aren’t real, they are just pretend.

The dream then went on to describe several individuals in the dream all of whom seemed to have pretentions of one kind or another. There was a fellow who was supposed to interpret the sharp mockups, but he uttered nothing but nonsense. Then there was the self-important mayor—the guy “in charge” with his two cronies—who disapproved and finally left the room.

I started by asking about the mockups. Not only were they artificial, but even their sharpness was fake.

The dreamer tells his story
I think I know what this is about. And the answer it gave me sort of helps, although I still need to figure some things out on my own.

I used to race stock cars. I never made it into the big time, but I sure had fun. There was so much about it that I found enjoyable. I love working on engines, and I really get a kick out of hanging around the guys—although they’d think I was nuts if they knew I was talking to someone about a dream. (He laughs.) I quit racing when my family came along, but now they’re grown and on their own, and part of me really wants to get back into this. So I mentioned that at a weekend barbecue.

Well, what a hullabaloo that raised! Half of them said it was a great idea and I should go for it. The other half thought I was crazy. What was really weird is that you could listen to either argument and decide that it was right. And that’s what I’ve been fighting myself over. I’m usually pretty good at making up my own mind, but on this one, I’m sitting right on the fence. I go over and over in my mind what one part of my family has to say, and then what the other part says. I’ve been trying to be fair to everyone.

I think what the dream is telling me is that I’m getting worked up for the wrong reasons. That’s the “fake” part—the artificial structures that aren’t as sharp as they look. And that’s the guy who is supposed to interpret everything, but is full of gibberish. (Laughs) That guy’s me!

I think I have to do what’s in my heart, not do what someone tells me I need to. So I still have to make up my mind. But I’m the one I have to please, not them.
Posted by David at 12:45