A Dream About Falling Off A Bridge 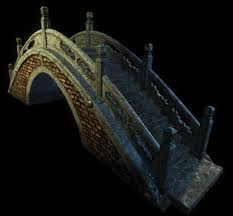 So often in life we fight against our deepest inclinations. There is comfort in the familiar, even if what is known is unpleasant. As Shakespeare’s Hamlet so poignantly put it, we would “rather bear those ills we have than fly to others that we know not of.”

In instances where we are trying to second guess life from the level of our minds, it is certainly possible to go from one set of problems to a worse set. Therein lies the reluctance to move away from what we recognize: “Leave me alone! What I have may not be great, but at least I know what to expect.”

By contrast, when our dreams tell us to shift out of our current mode of living and into something else, the advice is almost always worth paying attention to. Dreams have only one goal, and that is to help us. Even our scary dreams, or our unpleasant, repetitive dreams are being obnoxious purely because they want us to remember them. If they could get our attention by being sweet and nice, they would. But that technique almost always fails. Even unlikeable dreams are often trying to get us to shift out of a self-subverting pattern and into a healthy one.

At a recent dream conference, a middle-aged man came to me wanting help with a series of nearly-identical, repetitive dreams that neither he nor his wife could figure out. The dreams were unpleasant and vaguely ominous.

A dream about falling off a bridge
I feel as if I’m on another planet, the kind of place where you might expect to encounter an alien species. The landscape is barren—like our moon. It’s rocky and sandy and craggy. But right in the middle of it is a kind of pond or lake, full of water. Although I’m not officially with anyone else, there are people around. I’m at one end of a bridge that goes over the lake to the other side. The bridge has no railing. The people on my side of the bridge are trying to get to the other side, because there is a crowd over there. I want to go, too. We all start to cross the bridge, but about every other person falls into the lake and is eaten by a giant, dark-brown turtle that is swimming around in the water. As I look down, I see a bunch of skeletons lying on the bottom of the lake. They have obviously been eaten by the turtle. I also get the feeling that their ordeal was a kind of cleansing—a purification. That’s when I wake up.

Comments
Isn’t that odd? This is largely a dream that seems forbidding and vaguely threatening. There is a barren, alien landscape, a dangerous bridge, a man-eating turtle and skeletons. Yet, the dream ends on a peculiar note: In the dream, the dreamer feels that the consumption of human flesh is a purification.

I find dreams endlessly fascinating, and on Wednesday, we’ll begin the process of isolating the symbols and then asking the dreamer to help us learn what metaphoric associations he makes. Will this be a dream of admonition or praise, or something else? We’ll have to find out.