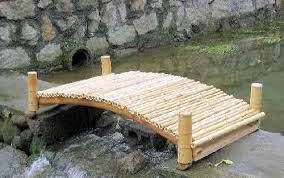 At a recent conference, a dreamer wanted help with a series of nearly-identical, repetitive dreams. The dreams were unpleasant and vaguely ominous. Prominent in them was a barren landscape and a lake with a giant turtle in it. The turtle kept eating people who would fall off a bridge into the water. (Scroll down to my last post to read the dream in its entirety.) There was also an odd twist to this dream. The dreamer felt that it contained an element of cleansing.

There was only one way to find out what this dream was about, and that was to begin the process of analyzing the symbols. As the dreamer related the dream to me, I took shorthand, writing down every word that I thought was important. That comprised the list on the left, below—the words in bold.

Then I asked the dreamer to “Tell me about” each word. I was not looking for a strict definition. Rather, I was hoping he would provide me with a broader meaning; a metaphor or an association that came to mind whenever he thought of the particular word. For example, a strict definition of “another planet”—the first term on the list—might be: Mars or Jupiter. Instead, read carefully what the dreamer said.

Tell me about…
* Another planet:  I think of other planets as places of undiscovered opportunity. You might find an advanced civilization there.
* Alien species:  Most likely, they know more than we do; we can learn from them.
* Barren landscape, like the moon:  Desolate, unproductive, not nurturing.
* Rocky, sandy, craggy:  Unfriendly and dangerous.
* Pond or lake:  It’s like an oasis, a place to refresh and revitalize.
* Water:  It’s the life substance. We’re made up predominantly of water; we can’t live without it.
* People:  Just ordinary folks. We’re all there I guess because we’re curious and looking for answers to questions.
* Bridge:  A structure to take you across from one side of something to the other. It’s a way to bypass something you’d prefer to avoid.
* Railing:  A protection to keep you on your track so you don’t fall off and get hurt.
* A crowd:  It looked like a social gathering. And there is always curiosity about what might be going on that you are missing by not being part of it.
* Person falling:  They lose their place on the path and go over the side. They lose their balance.
* Giant, dark-brown turtle:  Primordial; been there for millennia; kind of a mystical creature; unfathomable.
* Eaten:  Consumed, digested, and in the process destroyed.
* Skeletons:  The bare structure of the individual; the part that holds them up and lasts long after the rest has deteriorated.
* Cleansing and purification:  It’s a renewal. It’s the casting away or wiping away of all the old junk that gets built up inside of us. It makes us function better.

Initial observations
If you skip the words in bold in the above list, and read only the explanations that the dreamer provided, you begin to get a sense of this dream’s plot. The themes imply something less ominous than seemed to be the case at first reading.

On Friday we’ll reassemble the dream in its metaphoric form.