Being Crushed By A Front End Loader: Concluding Post 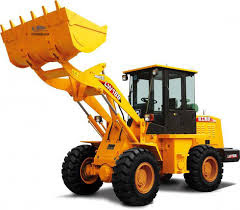 A dreamer had a dream that seemed prophetic and ominous. She wondered if her dream was about the USA national election. We decided to hold off coming to any conclusions until we analyzed the dream's metaphors, and when we finally looked at the dream in its metaphoric restatement, it became clear that it was a dream about a conflict within herself. Here is how she reacted to this realization:
"I have to tell you that I resisted this way of looking at the dream for quite a while. It is so different than what I thought it would be. Really, I didn't want to believe it was right."

You can scroll down to my last posts to read the dream in its original form and then follow our dialogue as we came to the metaphoric version.

To me, there was one facet of the dream that particularly drew my attention: In general, the dream describes a happy state of affairs in the dreamer's mind. But then she discovers that there is "construction" going on that will cause "things in me" to "never look the same again."

This in itself is not so alarming. We all grow, we all change. But at the end of the dream, the dreamer states, "I feel the life being squashed out of me. I am no more. I see the possibility of ruin coming at me."

Why does this experience seem to be so traumatic for the dreamer? If there is growth and change taking place, that is usually good and is accompanied by a constructive outcome. Yet she clearly feels overwhelmed.

It occurred to me that the key to her conflict might be in her statement: "I decide to avoid this new part of me that is being built. I go to a different place in me, going around to take a different route, not as direct, but safer. But it's an error in judgement that will have consequences."


I suggested to her that perhaps it wasn't the growth, per se, that was giving her feelings of being crushed. Maybe it was her attempt at avoidance. What follows is her response.

The dreamer has her say.
That feels right to me. You know, I kept avoiding changes that I could feel going on in me. I mean, they led to such disruptive events in my life. My job was changing and, of course, the political scene was really unsettling to me. I guess politics was the easiest target to point a finger at. Still, it never occurred to me that what my dream was really about was me. I guess that's always the last place we want to look. And, yeah, I was avoiding that. When you think you have momentum in your life, and your situation is reasonably comfortable and settled, the last thing you want to contemplate is a shake-up. But my avoiding it was my mistake. Things started falling apart around me anyway, and had I understood that it was all just a reflection of my own, inner shifting, that would have been helpful.
Posted by David at 10:22