A Dream About Prison And Pooping Out Eggs: Concluding Post 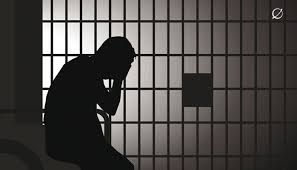 One of the frustrations of writing a blog limited to about 500 words, is that the resolution of conflicts highlighted by dreams often requires more explaining than space permits. This week’s dream went from an absurd series of images to a metaphoric depiction of a major—if painful—breakthrough in the dreamer’s life. She had been punishing herself for decisions and actions she had taken as a youngster. She had kept her discomfort and her own feelings of inadequacy locked up for years. Now, almost despite herself, she was opening up, and she found this experience frightening.


The dreamer tells her story
You have no idea the kind of controlling mother I had. I don’t think I was so much a kid in her eyes as a doll to be dressed up and used to play-act her own fantasies. Oh my God! If I ever expressed displeasure at her expectations of who I was supposed to be or how I was supposed to act, it was wrath-city. Even as a really little girl I learned never to challenge, and above all, always, always to lock up my own feelings and emotions. Hide them away! Anywhere! It didn’t matter as long as I just towed the line and didn’t get Mommy enraged at me.


I suppose, then, that it’s not a big surprise that have lived my life—I’m in my 60s now—doing the bidding of others. I have spent my adulthood taking all of my cues from others; my own sense of self wasn’t important enough to consider. I have been divorced twice and both times it was from men who, in very different ways, were passive and non-involved. I think this was my way of shielding myself from more wrath, since I was going to do and be whatever my partner demanded of me.


But, of course, I found the passivity of my partners unsatisfying, and in one of my marriages, I went out and had a sexual affair. What a mess!


Now, finally, I have managed to get myself into a loving and supportive relationship, and the support and trust of my husband has allowed me to begin the long journey to a healthier life. And yeah! I find that really scary. My feelings have been locked up for so long, I dread digging around in all that old stuff. I’m terrified by what I will find there. That’s the whole first part of my dream about visiting in the prison and the prisoners not talking to me. It was amazing to me that the dream even confirmed for me that the prisoners hadn’t really done anything wrong. It was like the dream was reassuring me that I was OK, even while I was terrified of what I would find in myself.


But the part about pooping out the lizard eggs. [She laughs.] What a trip! The message was that this stuff is going to come out of me whether I want it to or not. And like that lizard, some of it is going to come alive again. That’s frightening.


This dreamer's in a dream class, and will be supported as she explores her way into her new “self.”
Posted by David at 07:46