A Dream About Hairy Teeth 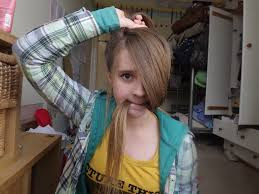 Part of what catches people off guard about their dreams is that the dream plots can seem plausible. Let’s say I have a dream in which I am climbing up a steep cliff. I grab for a hand-hold and it seems secure. But as I pull myself up to the next level, a portion of the rock gives way. I wake up in a sweat knowing that I was about to fall to my death. It is understandable that a dreamer who had experienced such a dream might feel unsettled. He or she might wonder if this was an ominous prophetic dream.
.
In instances like those, I spend a lot of time reassuring dreamers that dreams speak in metaphors. Although there are a few (a VERY few) dreams that are prophetic, the overwhelming majority of them are not. The above example would more likely be a dream about losing one’s “grip” on another kind of a “climb.” It might be a dream about losing touch with one’s own sense of confidence. Or it might be about feeling as if the dreamer is less capable of coping with an ongoing dilemma that seemed easier to deal with in the past.
.
But then there are other kinds of dreams where the symbols are so outlandish and bizarre that they seem far less threatening. Take the following example that was recently sent to me:
.
A dream about hairy teeth:  I was meeting with several people. Not exactly sure where I was, but seemed like a professional atmosphere. I don't recall knowing who I was with or speaking to. The strange part was that as I was talking hair started growing out of my front teeth/mouth. I was obsessed with removing it. The more I pulled and removed, the faster it grew. The hair was long blond and smooth and kept wrapping around my front teeth. I woke up shortly thereafter. I can still see it in my mind as I write.
.
Commentary:  Being less plausible, this dream doesn’t instill the same kind of terror that the first one did. Instead, it is more likely to generate a sense of incredulity and even to cause the dreamer to dismiss it out of hand because it is so absurd.
.
Yet, just as the first dream grabbed the attention of the dreamer by instilling fear, the second one about hairy teeth does the same thing by being outlandish and extreme in other ways. In both cases the dream has an important point to make, probably with instructions, and perhaps with a quiet warning about the need to change a behavior pattern or mindset.
.
The way one can tell that the dream is important is precisely because it is so strange. Dreams are trying hard to get a point across, and they do so by making certain they leave a huge impression. The dreamer will then successfully bring the images from the deepest sleep all the way into full wakefulness. That is not easy to do, so the more outlandish the imagery, the more likely the success.

On Wednesday, we’ll begin to isolate the symbols and dissect them in order to learn of the dreamer’s own metaphoric associations. Stay tuned!