A Waking Dream About A Canceled Flight 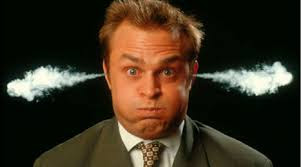 Last week I was late publishing the final two posts on a dream about scary clowns. I explained that my lateness was due to travel glitches. I also promised to share my experience, interpreting it as a waking dream. It was a classic example of this type of dream, occurring during broad daylight, with aggravating circumstances, and causing turmoil and interrupted plans:

An ill-fated business trip
I needed to fly across the country on a business trip. Like most of us, I try to find the least expensive tickets I can. I decided to try an airline that I had never used before and which offered what seemed like a great deal. I made my reservations, and when the time came, I went online to check in. It was then that I learned that an unusually large number of services normally included in the price of a plane ticket were extra, including reserving a seat and bringing a carryon bag onto the plane. Once I paid these extra fees, the price of my ticket was no longer a discount. In fact, it wasn’t even competitive with other airline offerings. “Never mind,” I thought, “I’m learning the ropes.”

This cross country trip involved one stop each way with layovers at a major hub. My first flight to my destination was delayed. No problem; there was plenty of time to make my connection. Then, the connection was also delayed, and there seemed to be an inordinate amount of confusion about when and where this flight would leave. There were five, separate gate changes announced, with all 200-plus passengers having to get up and move to the new location at each change. Odd! But I got to my destination, and since my appointment wasn’t until the next morning, there was no harm done.

I successfully attended to my business in a congenial, affable atmosphere. Then it was time to come home.

I was hopeful, but also wary about what my airline would now offer. Sure enough, when I went to check my bag, I was informed that the flight was delayed 1 ½ hours. Then I was told, “But keep looking at the monitors, because it might actually leave on time.” That was the most bizarre thing I have ever been told by an airline official, but I went to my gate and waited. There were three separate gate changes for this flight, and the departure time kept getting pushed back due to the mechanics not being finished with the repair that apparently caused the delay in the first place. There were also two other flights offered by this airline that were supposed to depart from the same area, and both of them were delayed—one for over seven hours. Finally, after much additional confusion, it was announced that my flight was canceled and would not leave until the next day; the repair was blamed.

At that point, I simply went to another terminal, and bought a one-way ticket on an airline I have used frequently. This one-way ticket cost more than my original round-trip ticket. But this airline delivered me home on time without any glitches, though a day later than originally planned.