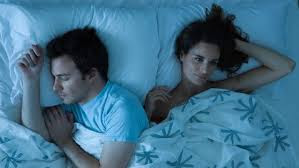 A widow was perplexed by a dream in which she had a mildly conflicted sexual encounter with her late husband. She was upset because, in her dream, she behaved peevishly and out of character. She was concerned that if she had really received an intimate visit from her husband in this dream, then she did not behave at her best, and she felt remorse.

I suggested to her that, whether her husband was “really” there in her dream, or whether she made the dream images up out of her imagination, was less important than deciphering the dream message. If her husband was really there, he appeared by mutual agreement because he could act as a symbol to help her learn. The best way to honor him was to understand what the dream was trying to tell her.

With that understanding, she agreed to go through the dream interpretation steps, starting with the “Tell me about it” prompts.

Tell me about…
*  Brevity:  It happens quickly.
*  More to it than I’m telling:  The situation was more complex than it seemed.
*  Lying in bed:  Preparing to rest and sleep.
*  My husband:  He was my partner and best friend. I was blessed with a truly solid, supportive relationship.
*  On my side, facing away:  I needed my own space at that moment. I was sending a signal that I wished to be left alone.
*  No longer alive:  He has gone elsewhere. He is no longer with me.
*  Ready to fall asleep:  Preparing to drift into another realm and leave this one behind.
*  Sidle next to me:  Make physical contact. In this case, enter my privacy.
*  Rubbing my back:  Show affection, but sometimes with an ulterior motive.
*  Grateful for his presence:  I am appreciative of his strength and steadiness.
*  More insistent:  He wanted something from me.
*  Making love:  One of the deepest gestures of affection. But it takes energy and concentration.
*  Let my annoyance build:  I was procrastinating because I didn’t want to confront or deny him. It was really the easy, cowardly way out.
*  Wanted to show no interest:  I wanted him to understand that I wished to be left in peace.
*  Didn’t get the hint:  I needed to be more direct with him, but I didn’t feel like expending the energy that would take.
*  Anger:  Annoyance at a sense of being invaded. A feeling of being unheard and, consequently, used.
*  Hoped it wasn’t showing:  This is the part that I feel badly about. I wasn’t being honest. He would have understood if I had been straightforward with him. He would have honored my wishes.
*  Rolled on my back:  Submissive posture.
*  Let him make love to me:  I guess I was the real grudging lover at that point. I feel embarrassed and ashamed of my behavior.

Initial thoughts
It seemed to me that this dreamer was being hard on herself, and part of me wanted to tell her that. But I also knew that, when we worked through the dream, my concern might be irrelevant. The best thing to do was to continue with the interpretation to see what message her dream had for her.

We’ll take the next step on Friday.