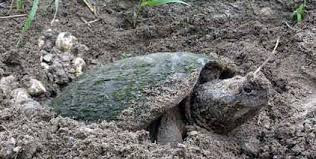 Dreams speak to the moment; they refer to, and comment on, current affairs in the dreamer’s life. But as we all know, current conflicts can be the latest manifestation of ongoing problems. For example, a squabble at work can be the latest round in a long-term personality conflict. A dream that makes an observation about the squabble could also be pointing out aspects of the abraded relationship in general.

Less common, but equally poignant, are dreams that, while making observations on the dreamer’s current life, predict the future. The dream we’ll look at this week is such a dream, and it is the more interesting because it is a waking dream. What the dreamer describes below is not a series of images that he had while asleep. Rather, this is a drama that unfolded gradually—and happily—in his “real” life, while he was wide awake.

The dreamer is a farmer and an inventor who lives in the western half of Massachusetts, near the Connecticut River.

A farmer/inventor’s prophetic waking dream
I love to tinker and invent stuff in my off-time on the farm—usually in winter. I come up with designs of things, and a lot of times they’re useful, but with only limited marketability. So when, two winters ago, I came up with an idea that I thought had some commercial possibilities, I was excited, but also scared. I mean, what would happen if I invested a ton of time in this thing, sank a bunch of money into it, and it went nowhere?

Anyway, one day, during the earliest part of spring, I was looking out a window from the little work studio I have in my barn, and I saw something I had never seen before. There was a large snapping turtle right in the middle of the dirt roadway. At first I thought it might be injured, so I went out for a close look. It turned out to be a female—perfectly healthy—and she was digging a hole in the dirt. She was going to lay her eggs right there in the driveway! Over the next several hours, I eavesdropped off and on, and I watched her lay the eggs—she didn’t seem to mind me being nearby. Then she slowly lugged herself away.

I got really excited. This is the kind of thing you’d commonly see in the estuaries and inlets off the Connecticut River. But we’re about 500 feet above sea level, and far away from any water that would provide the hatchlings protection.

So I called the state agricultural department and asked them what to do. They said the biggest danger to the eggs would be from predators, like raccoons and foxes, and if I could create some sort of deterrent around the nest, that would be best. Well, that’s easy. We have livestock, and some of our electric fencing is portable. So I built this electric fortress all around the turtle eggs.

(This story will be continued on Wednesday.)