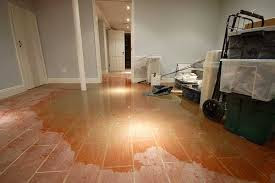 This week we’re examining a waking dream about water damage in some buildings. The buildings’ owner understands his waking dream. As we worked through the symbols, one message seemed dominant. It was this: Although this dreamer has plenty of contact with “the elixir of life” (his description of water), his ability to process it, let it flow through him and make the most constructive use of it seems impaired. In our discussions, a word that came up often was “outflow.”

Can outflow be trapped?
Can that really be valid? Is it really possible that the force of life can enter into an individual in such a way that it gets trapped and causes problems? And if that’s true, how does one make changes to allow the force of life to enter and then exit freely?

“Nothing is either good or bad, but thinking makes it so.” [W. Shakespeare]
As the dreamer and I pondered this question, we began examining the way he lives life. Of paramount importance to him is his spiritual exploration. He is a meditator and a serious student of metaphysics. He was drawn to this by his own occasional success at bilocation. Because his early experiences in this art occurred unpracticed and of their own accord, he was anxious to learn what caused the phenomenon and to see if he could learn to control it. Although his spiritual exploration has since gone in other, perhaps more mystical, directions, he continues to study quite seriously.

Then there is the rest of his life: He is a landlord, so he has a business. He earned a doctorate, so he is well educated. He has a love life, so there is time enthusiastically devoted to his lady. And he loves to “play” in the sense of travel, going to restaurants, attending theater and other shows, and generally kicking up his heels and having fun.

Overall, it sounds like a rich, well-balanced existence. So what’s the problem? What are these metaphors about the force of life being trapped inside of him and causing damage?

As we discussed this issue, it became apparent that he sees life as sectioned. There is the spiritual practice that he takes so seriously, and then there are “all those other activities” that fall into the category of “worldly” interests that are not spiritual.

“Why aren’t they spiritual?!!!” was the question I asked him with some urgency. Why does he create this compartmentalization? Why can’t something even as simple as the mundane act of tying one’s shoe be a spiritual practice? Is there some sort of on-off switch that determines when we are being spiritual and when we are not? And, as part of that question, just how does one make tying a shoe a spiritual act?

Shakespeare said it so beautifully nearly 500 years ago: Nothing is either good or bad, but thinking makes it so. No act is judged on its own; depending on our attitude, it can be either spiritual or mundane.

ANNOUNCEMENT
On March 11 & 12 I will be participating in the Body Mind Spirit Expo in the town of Hillsboro, just west of Portland, Oregon. I will be lecturing and helping with dream interpretations. Click on the Events page for details.