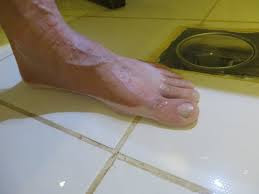 This week, in our examination of a waking dream about buildings being flooded, it emerged that the dreamer was compartmentalizing his life. He had split his daily activities into two categories. As a meditator, he focused on his spiritual growth and centering. Then, the rest of his day was spent attending to the mundane activities of running a business and living “normal” life.

How does one go about blending a spiritual practice with normal life?
That was the question we discussed. In the course of our dialogue, I told the following—true—story about an experience I had:

As a young man, I volunteered my services to help frame a house. I wanted to become more familiar with the carpenter’s trade because I did my own occasional construction projects, and I wanted as much knowledge as possible.

As one might imagine, with four or five young, virile males working on a rough, largely-outdoor job, the banter can get caustic. There were gibes, insults, profanity, plenty of sexual innuendo and general crudeness. While I considered some of the remarks genuinely funny, I was also put off by much of it, and I found myself trying to reconcile my desire to be a part of the team with my devotion to my own spiritual life.

One day, during a snack break, we were sitting around having a cup of coffee when there was a lull in the conversation. Then, one of the carpenters started timidly talking about a “weird” experience he’d just had, in which he felt as if he had floated out of his body. As I listened to his bewilderment, I remember thinking, “OK. Now I know why I’m here.”

I told him of my own, similar experiences, and I was able to reassure him and to suggest that this was a possible doorway into a rich, fulfilling facet of life. Since I was considered “one of the guys,” I was listened to, not just by the Astral-travelling carpenter, but by all of those in earshot. Although we went back to our former wisecracking and crudeness, a doorway had opened. Even for the workers who were the most skeptical, there was a slight shift.

At that moment, I realized that none of us ever has an adequate understanding of the vast and complex workings of spirit, and if we can try always to keep a part of ourselves in tune with our spiritual awareness, we can be useful even in the most crude and negative-seeming circumstances.

Nothing ever exists without the presence of spirit; spirit is always everywhere. If we stay open, and let it, spirit will use us, and the seemingly negative (or enlightened) circumstances that we find ourselves involved in make little or no difference.

The dreamer this week was in contact with his own spiritual nature. But then he split his life in two, separating what he considered the higher aspects from mundane life. He was trapping spirit, not allowing it to flow outward into the world.

ANNOUNCEMENT
On March 11 & 12 I will be participating in the Body Mind Spirit Expo in the town of Hillsboro, just west of Portland, Oregon. I will be lecturing and helping with dream interpretations. Click on the Events page for details.
Posted by David at 06:18