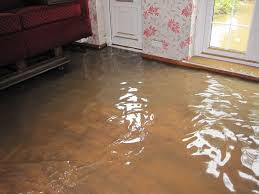 This week we’re examining a waking dream about water damage in some buildings. The buildings’ owner, who understands the concept of the waking dream, has a good grasp of this dream’s message. To him, it is all about how life—which he views as an elixir—flows into him more intensely than he can accommodate it. He didn’t ask for my help in order to understand his dream. Rather, he was interested in knowing what actions he should take in order to put himself back in balance. It is not surprising that the owner/dreamer chose to focus on this series of events; water had leaked into his buildings at various times on at least a dozen, separate occasions.

Important categories of waking dreams
In the past I have discussed what qualities make a dream important. There are three: 1) If a dream is shocking. 2) If a dream is bizarre. 3) If a dream is repetitive. In this case, the dreamer’s experience qualified under all three categories, so he felt it was especially important for him to study and understand the message he was being delivered. The fact that his experience was a waking dream—meaning that these were events that occurred not during sleep, but while he was going about the business of his normal day—makes no difference. He was involved in a series of events that were shocking, bizarre and repetitive.

When we analyzed his dream, isolating the symbols and discussing what metaphoric significance they might have in his life, the following is what the narrative of his dream evolved into.

The restated dream
For this dreamer, water symbolizes life—even an elixir, like spirit itself. This elixir is pouring into all of the areas where the dreamer “dwells” (his buildings). Sometimes the outlets for processing this elixir (plumbing) aren’t working well, especially the part of himself that deals with the excess and waste. This has now even affected a part of him that is beautiful, that communicates a sense of nature, has a nice appearance and feels warm (hardwood floor). But his feminine self (girlfriend) calls on the part of him that is in charge of restoration. Soon, with special equipment, the excess is removed, and a degree of normalcy is restored.

Initial thoughts
The above dream message can seem perplexing. How is it possible for life to flow into an individual more freely than he can accommodate it? What exactly does that mean? How can it come flooding into one’s consciousness so fast and so forcefully that it causes damage and “affects the part of him that is beautiful, that communicates a sense of nature, has a nice appearance and feels warm”?

That was the first topic he and I discussed. And it seemed that the key word for him was “outflow.” He was open to the elixir of life, and it was almost literally flooding him. But it seemed that he was blocked when it came to passing the flow forward.

ANNOUNCEMENT
On March 11 & 12 I will be participating in the Body Mind Spirit Expo in the town of Hillsboro, just west of Portland, Oregon. I will be lecturing and helping with dream interpretations. Click on the Events page for details.