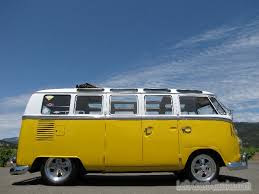 On Monday, we started looking at my own dream about a VW bus that was out of control.  I’ve worked on converting the symbols into metaphors. Now, I’ve reassembled the dream into a story. I’ve included occasional phrases like, “There is a part of me” to remind myself that all symbols in my dream are aspects of myself.

Reassembled dream
There is a place inside of myself where I live, or in this case, where I used to live. It’s where I started life as an adult. In this place within me, I was going about the normal routine of my day. I was in the part of me where I keep my vehicles for transporting myself around and to protect them from the weather. This place where I keep them is attached to where I lived, not separated. One of the vehicles has a reputation for reliability. It’s not glamorous or sporty, or even safe. But it never stops running. Suddenly I see movement which was unintended. No part of me was making it go; it was going by itself. The part that was supposed to keep it from moving wasn’t working. It even turned itself around and was now moving the way it was designed to go. It was going downhill, so it was picking up momentum without having to work. It made a sudden turn away from straight.  It ended in a border zone between the part of me that is public and that part that is private. It stopped right in front of a part of me that I sense is intolerant. There was a tall barrier, not the strongest, but certainly designed for privacy. Suddenly emerging from this old, reliable vehicle, were two parts of me who have had a hard time in life. Their lives have been upended, and they have reached the lowest level where they have nothing. They are forced to attach themselves to whatever they can find, even if it is in violation of something else within me. They have tried to anesthetize themselves against their pain and misfortune. One of these parts of me is the more aggressive of the two; the other probably is more passive and just goes along with whatever the first one initiates.

Initial reactions
As the dreamer, the first thing that strikes me about this dream, is that it seems to be describing a reversion to an earlier way of dealing with my life. The house is one that I no longer live in, and the misbehaving old vehicle is one that isn’t either glamorous or sporty; it just never stops running. The dream even shows that the vehicle isn’t safe. No one (meaning me) intended this vehicle to move. But not only is it in motion, it is picking up momentum. Inside are two parts of me that have had a hard time and have reached the lowest level; they are trying to anesthetize themselves.

Tomorrow we’ll find out what this is all about.

If you enjoy these posts, please feel free to leave a comment.
Or, follow the discussion uninterrupted.
Scroll down to the bottom of this page to learn how.
Posted by David at 09:29