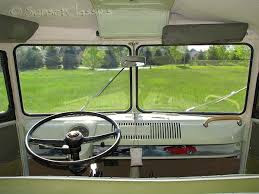 On Monday, we started looking at one of my dreams about an old VW bus that was rolling away, out of control. I discussed how I go about trying to remember dreams when I first awaken in the morning. (Scroll down to see my last post.)

Distancing oneself from the emotional impact of the dream
As hard as it is to remember dreams upon awakening, dreams actually do their best to help us out. It’s the main reason for their often-startling imagery. Cars rolling out of control—or crashing, other types of accidents, monsters, deaths, injuries, dangers, horrible arguments with loved ones, disease and many other catastrophes are favorite themes. Yet, if you’ve been reading this blog for any length of time, you know that the vast majority of the most sobering or disturbing dreams I’ve posted have offered constructive and helpful suggestions.

With this VW dream, my next goal is the same: I need to stop reacting to seeing an unattended car roll out of my garage, and instead, calmly go about trying to understand the metaphoric meanings behind the dream symbols. Let’s see how I do:

Tell me about…
*  House:  It’s where I live, or in this case, lived.
*  After I first got married in the ‘70s:  It’s when I was starting life as an adult.
*  Doing a chore:  Going about the normal routine of my day.
*  Attached garage:  Where I keep my cars to protect them from the weather. This garage is part of my house, not separated.
*  Old VW Bus:  They have a reputation for reliability. They’re not glamorous or sporty—or even safe. They just never stop running.
*  Engine not on:  Its movement was unintended. No one was making it go; it was going by itself.
*  Problem with the brakes: The part that was supposed to keep it from moving wasn’t working.
*  Rolling forwards:  It turned itself around and was now moving the way it was designed to go.
*  Incline of the road:  It was downhill, so the bus was picking up momentum without having to work.
*  Veered off the street:  It made a sudden turn away from straight.
*  Grass strip:  It’s a border area between public and private land.
*  Neighbor:  I didn’t know them, but I had the sense that they were somewhat intolerant.
*  8-foot bamboo fence:  A tall barrier, not the strongest, but certainly designed for privacy.
*  Down-and-outers:  People who have had a hard time in life. Their lives have been upended, and they have reached the lowest level where they have nothing. They are forced to attach themselves to whatever they can find, even if it is in violation of someone or something else.
*  Addicts:  They have tried to anesthetize themselves against their pain and misfortune.
*  Man:  Probably the more aggressive of the two.
*  Maybe a woman:  She might have been more passive, going along with whatever he initiated.

We’ll reassemble this dream on Friday to learn what kind of story the metaphors tell. It has a message that might be a warning.

If you enjoy these posts, please feel free to leave a comment.
Or, follow the discussion uninterrupted.
Scroll down to the bottom of this page to learn how.
Posted by David at 08:37