A VW Bus Rolling Out Of Control 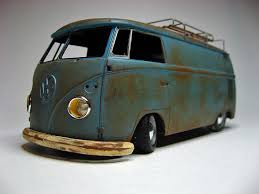 This week we’ll analyze one of my own recent dreams:

Dream
In my dream, I was living in the house I rented after I first got married, back in the 1970s. I was doing some chore that involved going in and out of the attached garage. Suddenly, I saw that an old VW bus was rolling out of the garage. The engine wasn’t on, so there was apparently some problem with the brakes. Even though the bus backed out of the garage, the next thing I knew, it was rolling forwards down the slight incline of the road. It veered off the street onto a grass strip, and it looked as if it was going to crash through the neighbor’s 8-foot-tall, bamboo fence. But it came to a halt just before it got to the fence. I ran toward it, but stopped abruptly when I saw two adults climb out of the bus and run away. They looked like down-and-outers, for sure homeless, maybe addicts. One was a man, the other I didn’t get a clear image of, but it might have been a woman.

How do you begin to work with a dream?
Always the first challenge with any dream is to try and remember it, bringing it all the way from the sleep state into full consciousness. This can be a frustrating endeavor. I have lost count of the number of dreams I felt had importance and should be looked at carefully, but which I was unable to remember by the time I was in the shower and getting dressed. This, despite the fact that I was convinced I would remember them as I lay in bed, slowly waking up.

I have tried all kinds of methods. For me, writing a dream down first thing in the morning usually doesn’t work because my mind says, “Right! I’ll get that written down just as soon as I open my eyes—which I’m sure to do in a couple more minutes.” Then, by the time I actually do open my eyes, the dream is gone.

For a while, when I was first learning to work with dreams, I set my alarm to go off every two hours during the night. Then, when I remembered a dream—which I usually did—I used a voice recorder to mumble some barely coherent description into the microphone. That worked pretty well. But it also took a kind of youthful, fanatic passion that I no longer have.

Now, I simply make the mental decision that this is a dream I need to remember. And then, I repeat the dream to myself over and over, all during the waking-up process. It has taken me a long time to learn to do that, and even more, to discipline myself to do it. Now, it’s easier; I’ve made it into a habit, and it works well.

The next step
On Wednesday, we’ll discuss the next important step: divorcing myself from any emotional impact of the dream’s plot.
If you enjoy these posts, please feel free to leave a comment.
Or, follow the discussion uninterrupted.
Scroll down to the bottom of this page to learn how.
Posted by David at 09:55