A VW Bus Rolling Out Of Control: Concluding Post 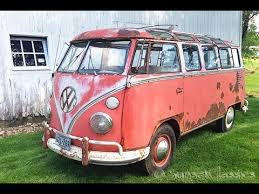 Yesterday, I took the first look at my reassembled dream about a runaway VW bus. (You can scroll down to my last posts to follow the process.) What struck me most about this dream is that it seems to be describing a reversion to an earlier way of dealing with my life. The house it pictured is one that I no longer live in, and the misbehaving old vehicle is one that is neither glamorous nor sporty; it just never stops running. The dream even shows that the vehicle isn’t safe. No one (meaning none of the characters in my dream, hence, me) intended this vehicle to move. But not only is it in motion, it is picking up momentum. Inside are two parts of me that have had a hard time and have reached the lowest level; they are trying to anesthetize themselves.

Some thoughts
It sounds pretty dire. Somehow, it seems that I have lost my forward direction and have regressed. The dream even points out that the negative trend is picking up speed and gaining momentum. How bad is this?

Most dreams are snapshots of one’s state of mind in the present moment. Even when dreams recur over a long period of time, they only come back because the state of mind that existed when the first dream was triggered still exists. That negative state of mind is still there, so the dream comes back, describing again what is not yet resolved in the “now.” It is true that, if dreams recur over long periods of time, they tend to become more emphatic as they repeat themselves. That is only because their messages have not been heeded and dealt with. Because of that, the dreams become ever more pronounced and unsettling.

In my case, this was the first time I had this dream, so my job is to look at my state of mind in the present moment, and analyze what the dream might be in reference to. That was easy: Anyone who is devoted to personal change and improvement takes occasional steps into the unfamiliar or unknown. It is inevitable that there will be second thoughts, especially when the new space one is occupying seems odd or insecure. “Is this really what I want?” “Is this move really wise?” “How can I simply drop everything I was doing before?” “What if I run out of resources? Out of money?”

These are all worrisome concerns that tend to accompany change. When these concerns become the dominant thought pattern, then the change is in jeopardy. And that’s what my dream was addressing: I was worrying because I had gone back to “living” in a place that was an old one. I was “driving” a “vehicle” that was not my current mode of transportation. And the vehicle was being “occupied” by parts of me that were wounded, had reached a low, and were trying to anesthetize themselves.

Thanks, dream! Thanks for the heads-up. I hadn’t realized I was slipping.