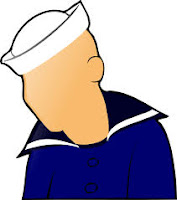 I’ve been discussing the interesting dream of a dreamer named Taylor, a sailing buff. In his dream, he has a steamy sexual encounter with a married woman he doesn’t know.

In Taylor’s dream, this almost happened, but not quite.

A Dreamer Must Analyze His Own Symbols
One thing I haven’t discussed in regard to this dream is the importance of each dreamer analyzing his own symbols. The symbolic meaning of something like masculine and feminine is pretty archetypical, so I can get away with generalizing.

But now we have other symbols: a sailboat, a box full of food being carried by the sexual partner’s husband, and the bright sun obscured by the sailboat’s mainsail. All of these images hold important clues to the dream’s meaning, and only Taylor can accurately tell us what those meanings are.

I get Taylor talking about each symbol by saying to him, “Tell me about it!” What follows are his responses to these prompts. As you read, imagine your own answer to the same prompt; it might be different than his. That’s why it’s so important to let each dreamer answer for himself.

Taylor’s Own Dream Symbol Definitions
Tell me about:
A sailboat. “It makes me think of the expression, ‘You can sail away.’”
A box full of food. “Preparing for a long trip.”
Your sexual partner’s husband. “She’s already in a commitment.”
The sun. “It’s the brightest light in our existence.”
The sun being obscured by the mainsail. “It was blocked, and I wasn’t getting the full force of its power. In some ways that was more pleasant, but it was definitely less potent.”

Putting the Dream Together
Now it was time to organize these symbols into a cohesive whole. I did this by telling Taylor’s dream back to him. Only instead of using his symbols, I used his symbol definitions, and I reminded him that the dream was about himself:

There is a part of me that wants to sail away and I’m preparing for a long trip. I have an idea—although the idea is already in a commitment, and I don’t quite set it into motion. What’s more, my brightest light is obscured by the vehicle for this trip I want to take. That’s actually more comfortable, but it is definitely less potent.

Tomorrow, in my final post on this terrific dream, we’ll see what Taylor, himself, got out of these symbols. In the meantime, let me know what you think! What do you get from this dream?