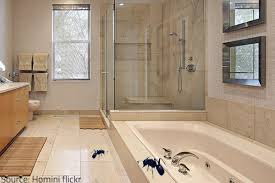 A dreamer found a column of ants marching along the various fixtures in her bathroom. While she would have thought this annoying, but fairly normal, during the spring and summer, the fact that this occurred in the dead of winter caused her to look more closely at it as a waking dream.

On Monday, I began a discussion of the role animals play in the lives of humans; it is actually much more complex and varied than most people understand. We will continue that discussion today. But first, we need to let the dreamer isolate and discuss the few symbols in this short waking dream.

Tell me about…
* Ants:  Ordered, disciplined, faithful to their cause. They do things by rote and habit. There are countless numbers of them. The sheer numbers can be intimidating. Oh yeah, and I once heard the word "ant"used as an acronym:  Automatic Negative Thoughts.
* Ant invasions during springtime:  The Earth is waking up again in a seasonal way. Everything is coming back to life, and that’s when you’d expect ants to be on the march.
* December:  The most asleep time of the year.
* Bathroom:  A place to release waste and toxins, either through elimination or cleaning.
* Long column of ants:  They meant business. This wasn’t just a couple of scouts. They found something in my bathroom very interesting.
* Shower stall, toilet, lavatory countertop:  All the fixtures I use to clean and cleanse.
* Reasonably clean:  I take care of myself and my surroundings in an adequate way.
* Haven’t changed my habits:  I do things in the same ordered way I always have; I haven’t made any sudden shifts in my behavior.

An important role that animals play in our lives—discussion continued
On Monday, I wrote about how animals give of themselves in order to advance life around them. While they, too, have a conscious and an unconscious awareness, the veil between those two states is much less pronounced with animals than it is with humans. Anyone who has ever owned a cat understands that. Cats can drift in and out of their physical world attention with great ease.

For animals, death is not the traumatic experience it often is for humans. Even when an animal is being killed as prey, and when it is vocally expressing distress, there is a part of it that knows that it is fulfilling an important function in life. It has only one desire: It doesn’t mind dying that much as long as its contribution is acknowledged.

This is true even with something like a column of ants. Ants, suddenly appearing full force, out of season, is a waking dream. These ants are using themselves to deliver a message, and they know full well that the cost might be their own demise. While they would, of course, prefer not to be killed with ant traps and poison, they’re willing to endure that IF their waking dream message is successfully delivered.

I wanted to be certain that the dreamer understood this: The ants did not appear randomly; they were in her life to instruct her. And if she could figure out their message, they would change from an annoyance to her teacher.
Posted by David at 16:38