A Bee Sting On The Face 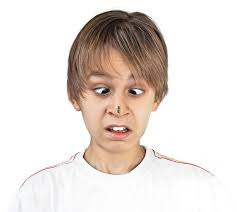 I want to continue last week’s discussion of totems, and how animals appear in our lives when they have a message to deliver. For that reason, my posts this week won’t follow a typical pattern.

In general, when we think of totems, we imagine eagles or wolves or other exotic and rare creatures that we are unlikely to encounter in the course of a normal day. Yet any animal can act as a totem. In our modern parlance, a totem is the same thing as a waking dream symbol. With that understanding, it gives us an advantage: If we know how to work with dream symbols, we can easily figure out what the totem message is.

And to repeat a point that was made last week in our examination of the waking dream about ants, animal totems are willing to die to get their message delivered. To them, the difference between being killed for food and giving their lives to assist life forms in other ways is negligible.

The example I’d like to use this week is a waking dream that happened to me in the early 1990s. I was living in Vermont on a 50-acre farm, and its care was my responsibility. I had been studying metaphysics for a few years, and was overconfident. In fact, I was sure of myself to the point of arrogance. I understood the idea that someone in charge of a farm is also the spiritual custodian of the land and its habitat, and I took this responsibility seriously.

Every autumn it was important to walk the perimeter of the property and make certain that all of the “No Hunting” signs were still intact; weather, wear-and-tear, and occasionally, vandalism tended to take their toll, and many signs had to be secured and replaced.

I had been working with Sufi geomancers and had been studying the elementals—they’re called “fairies” in more archaic parlance—and set about to walk the perimeter of my property (a half day event on 50 acres) staying in touch with these beings. It is their job to oversee the natural environment, and I wanted to be in tune with them and do things in accordance with what they thought was best for the land.

The trouble was that my intention was more of an idea than it was based on any experience or actual psychic communication. I was sending out thoughts that I believed—rather naively and arrogantly—were a communication with the elementals. In fact, I was just communicating with my own brain.

About half way through my perimeter survey, I was walking along, feeling “in charge,” when suddenly, a bee came out of nowhere, and stung me on my face. Keep in mind, this was late October in Vermont, and bees had gone into hibernation weeks ago.

I was stunned. Shocked. Mortified. My pride was wounded. I was perplexed and confused. And my left cheek was swelling up and painful. I could not understand why I had been so hurtfully treated when I had gone out of my way to be considerate of the elementals. After all, who else would have been so “in tune” with nature?