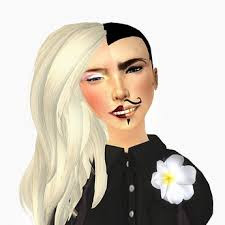 A woman dreamed that she had a penis. While this might cause a dreamer consternation, this particular dreamer has worked a lot with dreams and knew that the symbol had little to do with her everyday, physical life. She and I calmly worked to uncover the metaphoric meanings of that and all the symbols in her dream.

One thing that was apparent from the beginning of our work together: This was a dream predominantly about the paired roles of masculine and feminine energy in her life. As the dream progressed, the imagery of feminine energy receded, and the masculine energy that lives inside of her became ever more prominent. In the end, she not only saw evidence of male potency on other individuals who were in her dream, she saw that she possessed male genitalia herself.

It was time to ask her what she thought.

The dreamer tells her story

Do you ever get the sense that dreams are just repeating the obvious? I mean, what’s the point of me waking up from a dream and understanding that it is presenting me with all the issues in my life that I am working on, and that I know about anyway. [Laughter] Actually, in this case, I think it’s really good that it happened, because it has forced me to look at these issues in greater depth than I might have without the dream.

I had a father who was essentially absent. Certainly, he was emotionally absent, and a lot of the time he was physically absent too, because my parents were always fighting.

My mother, on the other hand, was a total controlling super-bitch—which is probably part of the reason that my Dad left. So as I was growing up, I was always on tenterhooks. I never knew what was going to happen in the insanity of my home. But one thing I could count on: whatever drama transpired, it was going to bring huge changes to my own life, and a lot of the time, those were changes that I didn’t want.

It’s taken me years to break free of that little neurotic posture. And, yes, I am working on being self-assertive and self-assured. And, yes, I know that I have balls and a dick—metaphoric ones, of course [she laughs]—and I’m starting to use them. The dream helps me acknowledge that it’s OK to be the new me, and I like that.
Posted by David at 15:26