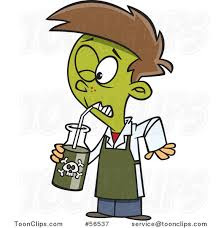 This week I’m analyzing a dream in which several people die as a result of voluntarily drinking poison. The dreamer was upset, but I suggested to her that this dream could have a distinctly positive message. Death in dreams often suggests that something in the dreamer is dying. And if that something is a quality or aspect that is no longer useful, then having the quality meet with its demise is a good thing.

There was only one way to find out, and that was to take a close look at the symbols. The dreamer and I isolated the important ones, and then I asked her to “tell me about” them. I was fishing for a metaphoric association that she might make for each one.

Dream images speak to us in a language that needs some translation, but it’s not difficult to uncover the message. The most important thing is to make certain that the “translation” comes from the dreamer, and that I stay out of the process. I find that using the neutral prompt, “Tell me about it!” is an effective method.

Tell me about…
* Walking:  Really, what I was doing was exploring the out-of-doors. It’s a way to get exercise and to commune with nature a bit.
* Outdoor setting:  It’s where everything's real. Nothing is artificial or phony; it’s all been made by God.
* Not really specific:  I wasn’t aware of the details, just the overall sense of “refilling the cup” that comes from being in nature.
* Terrain where I had to think about crossing:  These were little obstacles that I had to be careful with. I knew I could manage to get over them, but I had to think about it; it wasn’t just automatic.
* Small open space:  It was a clearing that let in more light and was free of obstructions.
* Wall-like tangle of trees and underbrush:  It was intimidating. It was an obstacle so big and it seemed impenetrable. I knew I was going to have to think about how to get past it.
* A bunch of people:  They weren’t old—maybe in their thirties and forties with lots of life left in them. Both sexes, and they seemed smart and well-balanced.
* Preparing to drink a liquid:  Their actions were deliberate and carefully thought through.
* Lethal poison:  It would kill them; they would die and would no longer be in life.
* Not particularly upset:  I found their lack of concern really strange and alarming. They were going to end their lives, but they didn’t seem to care.
* Convince:  Persuade them and change their minds.
* Stop destructive behavior:  Get them to rethink and do something different.
* Desperation:  I was frantic to get them to stop.
* One couple:  They looked nice. They were young. They had lots to live for.
* Sitting on the ground:  It was so they wouldn’t fall over when they died; they’d already be down.
* Facing me:  Their attention was on me instead of where they could be going.
* Beautiful vista:  I wanted them to see what was ahead, but they didn’t care.
* Lush plants and beautiful sky:  It was inviting.
* Drink poison:  They chose to die on the spot.

We’ll reassemble the dream on Friday.
Posted by David at 12:23