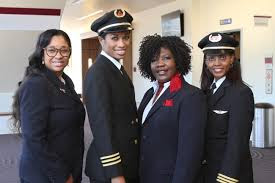 This week we’ve been examining a dream with racial imagery. As with so many misunderstood dream symbols, the tendency is to try to accept race in dreams literally. I chose this particular dream because the dreamer is able to separate himself from the face value of his symbols. He dreams of having a wife who is African American, and he uses the term "black." When I prompt him to “Tell me about black,” he describes it as representing “total possibility.” He says black is the absence of light which means it is the absence of form. To him the blackness allows for manifestation of anything he chooses; it is a state of freedom.

This seems like an idyllic circumstance. But his dream also points out that this blackness does not represent his “real partner.” It is a “figment of [his] imagination,” and the only way to free himself is to “come back to reality.”

The dreamer tells his story
(Chuckling) I love the part at the end where I tell myself, “See? I told you so.” That’s so me! And there’s no question about it; this dream was all part of my own little struggle.

Here’s what’s been going on: The company I was employed with for several years went bankrupt. First, I felt that sense of disbelief and anxiety that comes from suddenly losing your paycheck. But then another thing happened. I realized that the sky was the limit, and that I had this amazing opportunity to explore any interest I wanted. Exhilarating! My mind started churning because there were no limits. That’s the part of the dream where the color black comes into play. But the fact is, there are limitations. I’m pushing 40 these days, but when I was in college, I was a good athlete. I was even encouraged to pursue a career in professional baseball. I didn’t take that route, and part of me has regretted it, even though I was pretty sure at the time that my decision was right.

But now, all those old feelings started to come back, and I wondered if I couldn’t somehow break into the field. I knew I couldn’t make it past the minor leagues, but part of me wanted to pursue even that possibility. I took out my glove and started practicing.

It didn’t take long to figure out that my plan was pretty foolish. I may not be old, but I’m not anywhere near agile or strong enough these days. That’s when I knew the scope of my possible vocational pursuits had shrunk. In other words, my beautiful, dark-skinned dream-wife was hopping on an airplane and heading away from me.

Still, I couldn’t quite give up the idea. And I eventually realized that my longing was getting in the way of a couple of really interesting and potentially satisfying job opportunities. That’s the part about getting stuck in the window, and the only way I was going to be able to set myself free was to wake up, which, in my metaphoric restatement came out as, “come back to reality.”

I knew all this without the dream. But still, it was nice to have it so dramatically confirmed.
Posted by David at 05:07