When Two People Have The Same Dream 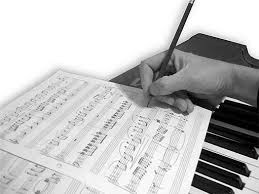 The great early-nineteenth century German composer, Felix Mendelssohn, had a sister named Fanny. She was four years older than him and was equally talented. Sadly, due to the mores of their time, being a woman, she was discouraged from publishing her own works, and she is only now coming into her own as an important composer. Be that as it may, Fanny and Felix had an intense musical bond that lasted until Fanny’s death at the young age of 42.

While Fanny stayed put in her hometown of Berlin, Felix became an international celebrity and lived and worked in a number of important European cities. Yet, even this physical separation could not keep the pair from communicating about and critiquing each other’s compositions. They would send scores and musical sketches back and forth through the mails along with their comments and suggestions.

Once, a family tragedy coincided with both of them independently writing some music and shipping it off to each other. When they each saw what the other sibling had written, their jaws dropped in astonishment; the pieces were all but identical. Keep in mind, these were not two-minute popular songs; they were substantial classical compositions. For the most part, the two versions were note-for-note the same. In a few places, there were discrepancies. But even here, the mood, the sense of progression and the architecture stayed completely faithful to the other version.

What happened? And why am I talking about an incident that occurred in broad daylight when this is a blog about dreams?

The first question is the one we are going to spend the week exploring. And as for the second question, those of you who read this column on a regular basis know that I attach little importance to the difference between waking and sleeping life; they are for all practical purposes the same experience.

Besides, there are a multitude of cases of individuals sharing the same sleeping dreams. I don’t have to look any further than my own grandchildren for examples. These two young siblings—now a senior in college and a senior in high school respectively—have been extremely close their entire lives. They will tell you unabashedly that they have shared the same dream on multiple occasions, and they can give you the details to support their claims.

How does this work? Are these dreamers special individuals with a particular “talent?” Do they have some kind of “hotline” metaphysical connection? Do we all have the potential to experience comparable phenomena? And what of the proximity between the Mendelssohns’ identical compositions and the family tragedy—the death of their beloved father? Were the two events related?

I would like to begin addressing this identical-dream phenomenon by restating the single most repeated phrase in my book Always Dreaming:  Whatever you perceive, is you. Whatever we look at, whatever we observe through any of our senses, whatever we become aware of on any level, is a reflection of our own state of consciousness at that given moment. Usually, the reflection describes who we are using metaphor. And almost always, it draws the observer’s attention by being startling, or sometimes downright shocking.

We’ll continue this discussion on Wednesday.
Posted by David at 21:13