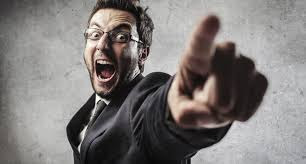 During a recent business trip I found myself coping with airline glitches. Two of my four flights were delayed, the third was canceled, and I never made it to the last one. Instead, I bought a one-way ticket home on a different airline. This was a classic waking dream with all the aggravation that so often accompanies these events.

I finally made it home, had a chance to recover, and then worked through the dream symbols. The message that emerged was both important and timely. It was about not allowing myself to stray into an older, familiarly comfortable way of dealing with my life. The dream let me know that, if I did that, “coming back home” to my current, more spiritual way of interacting with the world would present costly difficulties. (Scroll down to my last posts to read how I came to this conclusion.)

I was thankful to receive the waking dream’s warning, and I am grateful for my understanding of the waking dream in general. But on this occasion, I was also aware of what is, for me, a new type of insight: While the waking dream was transpiring, I recognized it as a dream, even as I was irritatedly interacting with airline personnel and trying to sort my way through the confusion of my flight cancellation.

Dealing with a waking dream while it’s transpiring
My third flight kept being repeatedly delayed until, after three, long hours, it was canceled. I won’t pretend that, throughout the ordeal, I stayed cheerful and unaffected. Anyone who has been through comparable aggravations knows how stressful they can be. But I will say this: The whole time it was going on, and as it became increasingly obvious that the airline was hedging the truth, some little voice in the back of my head kept repeating, “This is a waking dream, and you need to step back and look at its message.”

It is difficult to analyze a battle when you’re in the middle of it. I knew it was unlikely that I would be objective and do an adequate job of interpreting dream symbols in the heat of the moment. But even mentally creating that tiny bit of distance from the conflict was tremendously helpful. In the past, I would have immersed myself completely in the drama of the moment. My blood pressure would have gone up, I would have sent mental daggers in the direction of airline employees (who weren’t at fault), and who knows what long-term health issues might have resulted from allowing that degree of stress into my life!

It was as if the voice in the back of my head was reminding me that, “This is a play, a grand tragedy being acted out especially for you. You are honored because you have been given front row seating, and the actors are all doing a superb job. Aren’t they convincing?”

This was enough to dispel the worst of the stress I was experiencing. Even as I was living through the aggravation, I was also oddly detached, and I was simply watching the whole ordeal dispassionately, as if it were a TV drama.

More on this tomorrow.