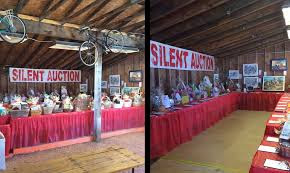 This week we’re looking at a dream that is interesting for two reasons. First, the dreamer thought it wasn’t a very important dream. But on examination, it turned out to have two, poignant themes of conflict running through it. Second, it deals with the archetypical energies represented by the sexes: masculine and feminine energy. And in this dream, masculine and feminine—represented by the dreamer and his girlfriend—are squabbling. This implies discord within the dreamer himself.

Tell me about…
* Girlfriend:  The significant other person in your life who should be committed to you, but isn’t always.
* Conference:  It’s about learning. But it’s also fun, restful, a getaway.
* Auction:  A way to raise funds. But it is also a statement of your creativity and it represents you.
* Nothing to offer:  I feel unprepared. I put it off. I didn’t believe in what I had to give.
* Guilty:  Uncomfortable and ashamed and embarrassed.
* Susan:  Beautiful, fun, and we really see eye to eye on so many things. But I also have the feeling that she’s not in it for the long haul. I always have the sense that she has her foot out the door, ready to leave at the slightest provocation.
* Off somewhere:  She tends to be independent, sometimes thoughtlessly so. She can wander off and not say where she’s going, leaving others in the lurch.
* Beautiful pictures of Hawaii:  I used to live there, and it’s majestic and really lovely. But it’s also an old thing that I carry around. In some ways it’s boring.
* Dismiss the idea:  I don’t have confidence that this will be good.
* Angry:  Frustrated because I am not able to use the resources—Susan—that are the most important to me.
* Calendar:  I love calendars. I collect them. The pictures are beautiful, and you can write down important appointments so you don’t forget them. They’re a way to look back and to plan for the future all at the same time.
* Offer those as my own:  A sense of guilt or dishonesty. I’m trying to cheat the system. Really, it’s a form of stealing.


But in addition to that archetype, it’s important that we superimpose the dreamer’s own attitudes and associations onto this archetype. When a visionary is working well with the energy that is going to bring the vision into reality, that is an exciting, nearly euphoric situation. But a quick glance above, both at the symbols themselves and at the dreamer’s replies to the “Tell me about it” prompt, quickly reveals that there is conflict.


It will be interesting to reconstruct this dream on Friday, and listen as it is retold as a metaphoric narrative. That should bring us close to understanding the dreamer’s internal conflict.
Posted by David at 16:59