A Casual Dream About His Girlfriend 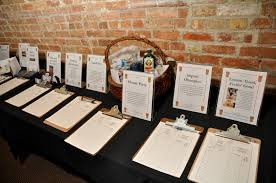 Dreams can be deceptive when it comes to their importance. A dreamer in a recent dream class decided to share a dream he'd had despite what he thought was its casual nature. He expressed the idea that it could be dealt with easily. In fact he even apologized that it wasn't a more poignant offering to the class.

I suggested that we can never tell how important a dream is until we have examined it. While it is true that dreams often use exaggerated and even scary imagery to get a point across, it is also true that they can understate an issue. In fact, they'll do just about anything to be remembered and to send us messages that we can benefit from hearing.

A dream about a girlfriend at a conference
In my dream, I'm with my girlfriend and we're attending a conference. At the end of the conference there's going to be an auction to raise funds. I realize that I have nothing to offer in the auction, and am feeling guilty about it. I'm looking around for my girlfriend, Susan, but she's gone off somewhere. I'm wondering what I can donate, and it occurs to me that I have all these beautiful pictures of Hawaii. But I dismiss the idea. I'm pretty sure Susan can help me, but I can't find her, and I start to get angry and feel resentment about that. I decide that maybe a calendar would be a good offering. Suddenly, Susan is there. I start to berate her for leaving me, but she explains that she has been going around and trying to find something that I could contribute to the auction. The dream ends with me looking through other pictures that are already part of the auction, and wondering if, somehow, I could offer those as mine.

Initial thoughts
When I first heard this dream, my initial thought was, "This is anything but a casual dream." There are expressions of conflicts on two fronts: There is the conflict of not being prepared for the auction, and there is the conflict with the dreamer's girlfriend. On Wednesday we'll begin the process of isolating the symbols and revealing the metaphoric message. But for now, I think it would be helpful to review the relationship between masculine and feminine energy that is so often a part of dreams.

Masculine and feminine energy.
We are all made up of both masculine and feminine qualities. The feminine in us is the great intuitive creator. It's the part of us that comes up with "The Plan," whether that is something as simple as deciding when to clean the house, or something as profound as designing a new system of social interaction. When feminine is done with the design, it hands the "blueprint" to masculine. The job of masculine is to take the blueprint and build--literally or figuratively--the plan that feminine has come up with. In short, feminine is the dreamer who dreams the idea, and masculine is the manifestor who brings the dream into reality.

In this dream about the girlfriend at the conference, there is conflict between the masculine and feminine self. We'll learn more about it on Wednesday.
Posted by David at 11:44