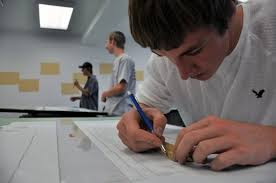 This week we’re following the adventures of a structural engineer-in-training who found himself in the peculiar position of having his work and his specs questioned by a client. This engineer has worked with dreams and he understands the concept of the waking dream. As soon as things started to go awry with his client, he began to observe little clues that came into his awareness, things he usually would not have paid any attention to. What follows is the continuation of his narrative.

A structural engineer continues his story
Normally, things like odd street signs or unsavory scenery wouldn’t make an impression on me. But that’s the great thing about the dream, especially the waking dream. If something seems to be going wrong, you can become what I call hyper-vigilant and start looking really closely at the environment around you. I have had this observant posture work both in support of something I was unsure of and, as in this case, work to warn me.

Once, I was preparing for a trip and a conflict arose that seemed to threaten the plan. I was going to visit an ailing aunt who was a special person in my life when I was growing up. Just as I was getting ready to pay for airline tickets and hotel rooms, I got word that her condition had worsened and that I might not be able to see her. I was in a quandary. I would be missing school and paying for travel arrangements that, as a student, I could ill afford. I didn’t know what to do, so I went into my hyper-vigilant mode and tried to get answers from the little clues that life was offering.

The first thing that happened was, in the morning, when I switched on my computer screen, there was a big ad, offering significantly reduced airfares to my destination. Then, out of the blue, I got a call from a friend who offered to drive me to the airport so that I wouldn’t have to leave my car and pay for parking. Then the real clincher was that a special high school friend was going to be in the same city as my aunt. I hadn’t seen him in years, and the synchronicity of his being at my destination location during the time of my visit with my aunt was pretty amazing. It was also what tipped the balance, and I went ahead and made my travel plans, knowing that, even if I couldn’t see my aunt, I’d at least have a visit with my friend.

Well, the trip turned out to be a wonderful experience. I did see my aunt. We had a great visit, and it was the last time I saw her; she died a few weeks after my trip. I also saw my friend which was an added bonus. And the thing that tipped the balance was watching for the important waking dream clues that life was presenting to me the whole time.

If you enjoy these posts, please feel free to leave a comment.
Or, follow the discussion uninterrupted.
Scroll down to the bottom of this page to learn how.
Posted by David at 08:30