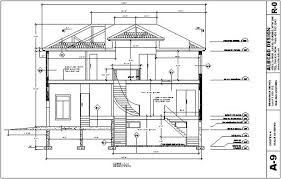 This week we’re going to eavesdrop on the waking dream adventures of a student of structural engineering. He has had experience working with the dream, so when symbols started to present themselves, one right after another, he knew to be attentive. As you read, remember that waking dreams are events that happen during broad daylight while one is wide awake. Not always, but usually, they manifest as a series of strange, sometimes unsettling events.

A structural engineer’s strange story
I’m getting my degree in structural engineering. While I’m not certified yet, I have been helping a friend engineer some remodeling plans for his house. I came up with all the specs for his roof and the headers over the windows and doors—really pretty basic stuff. I presented my plans to him, but at the last minute he started to get nervous and wanted confirmation from a licensed engineer. I tried reassuring him, letting him know that, if I had even the slightest doubt or concern, I would have consulted one of my professors, but the specs were so typical, I wasn’t worried. Still, he wasn’t happy and insisted on taking me to a friend of his who was supposed to know a lot. So we got in the car and he drove me over to this friend. The first thing I noticed was that we were on “Division” street. Then we turned onto a street that had a big sign that read “Dead End Road.” On this road we passed a huge area where there were all these junked cars—really, it was an automotive graveyard. Finally, we end up at this guy’s house that is pretty disheveled-looking and has a big sign on the fence that says “No Trespassing.”

I know enough about how the dream works that I was starting to get pretty alarmed. Anyone of those clues on its own would have meant nothing. But when you get a bunch of them right in a row, it’s time to sit up and take notice. The guy in the no trespassing house starts looking at my plans, and the next thing I know, he takes a pen and starts crossing out my recommendations and numbers, and putting in his own specs. I have no idea where he got his figures from, but they bore no resemblance to anything I have learned.

When my remodeling friend and I got back, I suggested taking the plans and redoing them so that they were neat and not scribbled all over. My friend agreed, so I took the plans and immediately took them to my professor. He confirmed all of my own figures and went so far as to suggest that the guy in the no trespassing house was nuts. So I redid the plans, still using my own figures, and presented them to my friend. I haven’t heard a word since.

On Wednesday, we’ll let our structural engineering student continue his narrative. It will be interesting to learn where all this takes him.

If you enjoy these posts, please feel free to leave a comment.
Or, follow the discussion uninterrupted.
Scroll down to the bottom of this page to learn how.
Posted by David at 09:05