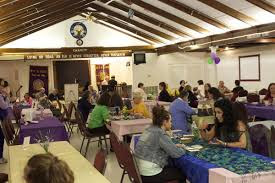 I’m sharing some observations I made during the Body Mind Spirit Expo held last weekend.

Are we, as humans, beginning to approach life in a new way?
While every dream I worked with at the Expo was different, I noticed a theme that seemed to run through them: The dreamer was being admonished to set aside old ways of thinking and behaving in order to allow his/her true nature to express itself.

Dreams are so varied that it is rare to have a series of them line up, thematically, in this way. For example, dreams can come right out and advise the dreamer not to follow a course of action they are anticipating. Dreams also, frequently, point to a problem (or impending problem) that the dreamer has been unaware of. In this circumstance, the message tends to be something like, “You’re experiencing friction in your life because you keep trying to anticipate your next move. The fact is, it’s not time for that move yet.”

Another common type of dream is one in which a feeling of misgiving, dread or unpreparedness haunts the dreamer. Those are the kinds of dreams where the dreamer finds him/herself on stage without any clothes on, or in a theater production without having memorized the necessary lines, or the dreamer finds himself falling from a great height.

At an expo, with hundreds of people walking through the door, one would expect to find this kind of variety in the dreams that are presented. But during last weekend, that was not the case. With almost no exceptions, the dreams were asking their respective dreamers to go back and re-examine attitudes and behaviors that had become habits from childhood. The dreams pointed out—sometimes in startling imagery—that these old patterns were impediments in the dreamers’ efforts to live their lives in the way they were intended.

For example, one dreamer was born with a gift for intervening in crisis situations. With her friends and even with strangers, she had long demonstrated an ability to work in a cool manner under alarm and pressure. But messages from her youth were all about not being “high on herself” and not having aspirations above her own abilities. So she never pursued the paramedic training that she wanted to take. In her repetitive dream, she kept finding herself in a high place, pushing her mother into a swamp full of alligators!

Talk about graphic imagery! And, no, the dream was not intended to be literal. Instead, the dream symbols were in reference to some old parental messages that continued to live inside of the dreamer that needed to be done away with. Her dream essentially said, “You’ve known for a long time the direction you need to pursue. Why are you hanging onto outmoded, destructive patterns that are keeping you from being your true self?”

This was a theme all weekend long. Perhaps we’re evolving into a time when life is going to demand more personal, spiritual truth from us.
Posted by David at 10:21