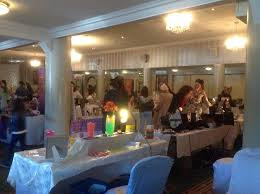 This week I’m sharing some of the observations I made during the Body Mind Spirit Expo held last weekend in Hillsboro, OR.

A senior citizen dream issue
One comment I heard frequently from elderly conference participants was that, although they used to remember lots of dreams, now that they were older, they no longer had dream recall. Often the remark—which I probably heard a dozen times—was said in passing as the individual(s) skirted my booth. But a few seniors pointedly came up to me to announce this fact, saying that it was why they felt no need to spend time chatting with me. These good souls tended to be surprised by my response.

Changes to circadian rhythms, and the waking dream
I replied that what they were experiencing was totally normal. As we age, our sleep patterns change. As a rule, we sleep less, and also less deeply. There are chemical changes in our brains which cause this. Among other things, we produce less melatonin. All of this affects our circadian rhythms—our patterns of sleep and wakefulness—and that, in turn, affects what we remember of our dreams.

But I told them that this did not stop them from dreaming. It only changed the arena in which the dreams take place. “You mean, it shifts to the subconscious,” one gentleman suggested. “No,” I said, “just the opposite; your dreams take place in your normal, everyday life. They occur while you’re awake.”

I witnessed a few startled faces at this piece of information. I explained that there was far less difference between what we experience during our dream states and what we witness in “real life.” I suggested that they begin to watch the events of their daily lives from a new perspective. I told them especially to take note of any event that was unusual. A shocking occurrence—such as a near-miss with an automobile, or an unusual, unpleasant confrontation at work—probably contains an important dream message.

Another type of event that is important to take note of, is if something happens that is weird and out of the ordinary—like the businessman who was on his way from his office to a convention where he was going to deliver an important address. As he was trying to unlock his car while juggling a brief case, a manila folder full of papers, a cup of coffee and his car keys, the keys slipped out of his hand and fell. He was parked right next to a sewer grate, and down into the sewer went his keys!

The third type of noteworthy occurrence is one that repeats. Speeding tickets that happen in series, or computer glitches that don’t go away despite repeated visits from the technician, are classic examples of waking dreams. “How about a rocky marriage?” asked one woman rather sheepishly, hoping I’d say that it didn’t count. “That’s a big one,” I replied, “and one that should be looked at for sure.”