When Is A Dream Not A Dream? 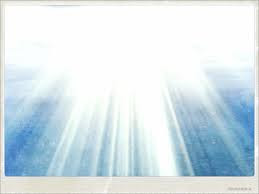 
The dreamer, this week, is in her mid 60s. She grew up in a dysfunctional family with a mother who could be severe, mercurial and sometimes crazy. The mother isolated her daughter during the daughter’s teen years, keeping her away from friends and social occasions, and was particularly severe and draconian at that time. When the dreamer was 17, she was depressed, but also began exploring the world of metaphysics and spirituality through books. Her depression reached a crisis point and she became suicidal. In her imagination she turned to the gurus and masters whom she was reading about. She said, “I started praying to them, asking them to help me end my life.” That’s when she had the following dream experience.

A depressed teenagers dream
In my dream I was walking down the hall of my high school. I was on the second floor and was heading for the staircase at the end of the hall. The school was deserted—maybe it was early in the morning. As I reached the top step of the stairwell, I was suddenly confronted by an intense, overwhelming bright, white light. It was so strong that I could barely look at it. I was stunned and didn’t move. From the center of the light came a male voice—authoritative but kind—that beckoned me forward toward it. I was momentarily so startled that I didn’t move. The voice asked me, “Are you afraid?” And I said, “No.” It beckoned me again, and this time I went forward into the light. I don’t remember many more specifics, but I do have the impression that I was being taught and that I stayed in the light for quite some time. The only thing I remember the voice saying was right at the end of my experience. It told me that it wasn’t time for me to die, that I still had much to accomplish, that I had great gifts to give the world, and that everything I did would be for the good of both myself and the whole. That’s when I woke up. I was lying on my stomach, and when I realized that I was back in my life, I started literally clawing the sheets with my fingernails because I was so upset.

Preliminary thoughts
Is this a dream? Anyone familiar with near-death experiences or out-of-body experiences will recognize the familiar scenario—the teacher, the light, the instructions, the directive to return. The first thing to say is that this experience is to be honored at face value; it is one of those experiences that many of us have only a single time in our lives, if at all. But it can profoundly influence and change us.

But is there more? I have stated repeatedly in this blog that all of life is a dream—including sleeping and waking events, and yes, including lucid and out-of-body instruction. Is there more that the dreamer’s experience has to offer? We’ll explore that question this week.

If you enjoy these posts, please feel free to leave a comment.
Or, follow the discussion uninterrupted.
Scroll down to the bottom of this page to learn how.
Posted by David at 08:20