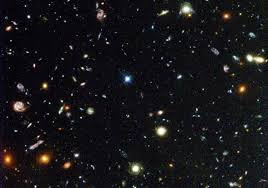 I'm taking a break from my weekly analysis of dreams to explore, in depth,  the phenomenon of the waking dream. I am asking the question:

Do we make these experiences up out of our own subconscious minds, or is there some sort of collaboration that takes place between the universe and ourselves?

While the idea of a collaboration between life and our subconscious minds is thousands of years old in Eastern philosophies, it wasn’t until the mid-twentieth century that Carl Jung proposed his ideas of synchronicity and the a-causal connecting principles to the West. Suddenly, the possibility that life is more than an objective experience was catapulted into the consciousness of Europe and, eventually, the USA. Basically, Jung’s idea states that there is a relationship between disparate elements of life, one that doesn’t seem logical. One of his most famous examples is an incident that happened in his own home. Suddenly, without any warning, the top surface of the family’s old dining room table cracked in two with a loud noise like a gun going off.

Like my own incident that I alluded to on Wednesday, where I found water dripping out of the end of a computer cable, there was probably a perfectly logical scientific explanation for Jung’s table splitting in two. But the question remains: Why that moment? And more to the point, was there something that the incident was trying to communicate to Jung?

I have gently and most respectfully disagreed. There is a causal connection: the connection is through metaphor. The connection is a communication that takes place in a language that we are unaccustomed to discoursing in. But it is a language whose ubiquity and importance is increasingly being recognized. Psychology researchers G. Lakoff and M. Johnson, in their 1980 book Metaphors We Live By, wrote the following:

Metaphor is for most people a device of the poetic imagination and the rhetorical flourish—a matter of extraordinary rather than ordinary language. Moreover, metaphor is typically viewed as characteristic of language alone, a matter of words rather than thought or action. For this reason, most people think they can get along perfectly well without metaphor. We have found, on the contrary, that metaphor is pervasive in everyday life, not just in language but in thought and action. Our ordinary conceptual system, in terms of which we both think and act, is fundamentally metaphorical in nature.

Yes! Yes! Yes! It has been my experience after working with dreams for decades, that life is primarily a metaphoric expression. While it is true that there is plenty of predictable cause and effect in our worlds, wherever there is an important, related metaphor, that metaphor is the principal expression of life.