A Waking Dream About A Fall On A City Bus: Post #3 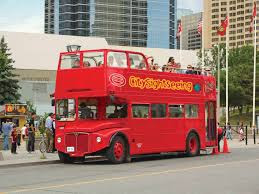 This week I am doing an in-depth examination of the waking dream phenomenon. I am using an incident that happened to a young man who tried to exit a moving bus. He had his hands and arms full of packages for his girlfriend’s birthday. The driver had to brake suddenly, and the young man hit his head and was knocked cold. (He has since fully recovered.)

When we worked on this waking dream together, the symbols told a story of someone in such a hurry to celebrate a milestone in his life that he wasn’t taking the time to insure his own safety; he was acting before he was ready to act. It turned out that this is a chronic, long-term issue with this dreamer. What follows was his comment on the subject: “You know, the weird thing is, I knew all that. I kept telling myself that I needed to slow down, but I ignored my own warning.”

Waking dreams versus sleeping dreams
It often comes as a surprise that there is very little difference between the often-bizarre images that appear to us in our dreams during sleep, and the unsettling incidents that happen to us when we are wide awake and going about the normal business of our day. Both kinds of events come unexpectedly. Both tell a story that is directly relevant to an issue that the experiencer is grappling with. Both leave a lasting—often upsetting—impression when they are addressing important issues. And both speak in the universal language of metaphor.

In the case of a sleeping dream—one we have at night during periods of rapid eye movement—it is relatively easy to dismiss the odd, implausible images that we are left with: “It was all just a fantasy made up by my own subconscious mind.” That’s true; it was. And so we shake it off as “just one of those things,” ignore it, and go on with the business of our daily lives.

That’s usually a mistake, because if the message the dream had to offer is important, it will be repeated. And the next attempt will use a method of communication that is more emphatic than before. For example, instead of coming as an unsettling dream it can come as an outright nightmare—still during sleep. Or, if it is really time to understand the message, life will switch arenas from night and sleep to daylight and being awake. It’s not so easy to dismiss a concussion received after falling on a bus as an invention of our subconscious.

The trouble is that, even in those cases, we take them at face value and neglect to look at the metaphors they contain. Life is being mean to us, we say. Not True! Life is trying to teach us, but we are oblivious to the message coming our way. As with the young man on the bus, the message was delivered once before in a gentler fashion, but it was ignored.

If you enjoy these posts, please feel free to leave a comment.
Or, follow the discussion uninterrupted.
Scroll down to the bottom of this page to learn how.
Posted by David at 08:21