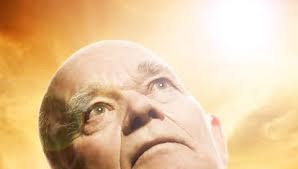 Can dreams have more than one purpose? That is the question we are exploring this week. An acquaintance dreamed of being in a congenial meeting with an old friend he hadn’t seen in years. The next morning he received news that the friend had died the night before. He was convinced that the friend had appeared to him in order to say goodbye.

This kind of blending of dream images with “real life” is common. When it happens we tend to be awed and moved by the experience: Wow! This guy actually came to me in my dream state. How special! I wonder if I’m psychic.

The dreamer’s analysis may go no further than his acknowledgment of life being more complex than is usually thought. But that already represents an important shift. Still, let’s explore the idea that his dream experience offers insights beyond the understanding that his friend said his final farewell.

What would happen if we took this dream experience and subjected it to the “Tell me about it” analysis process? Since we’re not focused on technique, we’ll summarize the analysis that the dreamer and I came up with. First the dream, then the restated version:

An acquaintance tells a dream-related event
Where I used to live I had two neighbors. One of them I didn’t get along with at all. But the other was really nice. We had much in common and we used to get together for social events. Even after I moved away, we stayed in touch for a long time—although we kind of lost contact during the last few years. I hadn’t really thought much about him for quite a while. But then, a week ago, I had a dream in which this friendly neighbor and I were having one of our old-time evenings together over a couple of beers. The sense I had from the dream was that we were having a good time—lots of laughter and affection. Even some nostalgia as we told stories of the old days. That’s all I remember from the dream. But the next day I learned that, in real life, this neighbor just died. I can’t shake the feeling that, after so many years, he came to me in my dream to say goodbye.

Restated dream
There used to be two parts of me living in close proximity. I was at odds with one part, but the other was compatible. We shared similarities and communicated frequently. There was a separation, but even so, we were aware of each other. Eventually, this part of myself and me went our separate ways. But recently, the two of us re-established our bond, with as much caring, lightness and relaxation as ever. There was reminiscing. But the next day I learned that this part of me has left for good; it no longer exists. I think it was letting me know that it was leaving.

There’s a clear message in the restated dream. We’ll explore that message next time.