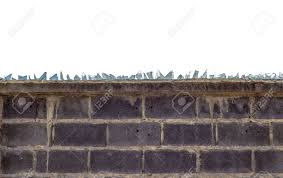 A dreamer had a disturbing dream about being cut by broken glass. (Scroll down to my previous posts for details.) When the dream was restated metaphorically, the message was powerful, full of themes about pain, resistance and debilitation.

Restated dream
I need to escape from an unknown threat inside of me. It’s like a mystery. I feel as if my life is in danger. Getting away from this part of me would bring me back to calmness. There’s a barrier in me, but it’s not impossible to get over. It takes work, but I can succeed. In fact, I reach the first major milestone. But I feel excruciating discomfort. This barrier in me is designed to repel and cause injury. It’s surreal. Things are happening that really can’t. I am examining where my pain comes from. Everything inside of me is exposed in an awful wound. It’s hideous. I am looking at my own inner workings. While most of these kinds of things happen at a distance for me, this time there is shocking realism. I am debilitated, almost paralyzed. 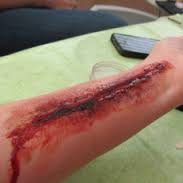 When the dreamer heard this version of his dream, he started crying. He talked about his teenage son whom he loved dearly, but whom he felt was heading in a counterproductive direction. He spoke of his son’s potential, his intellect, his easy way with people and his conscientious approach to problem solving. But the dreamer felt that his son was making inappropriate choices. This had led to several confrontations between the two.

The father said he identified with the “wound” symbol in his dream because he felt betrayed by his son’s intransigence. He said he felt trapped, not knowing which way to go to resolve the problem. Hence the symbol of the wall.

My surprising response
My reply surprised this dreamer. I said that, quite possibly, he had picked up on part of the dream’s message. But that dreams, ultimately, are not about external conflicts; they are about internal struggles, ones within the dreamer himself. I suggested that his conflict with his son was really just another dream, this time a waking dream. I predicted that, were we to analyze his conflict with his son as if it were a dream—restating the story after uncovering the metaphors—he would find that it was describing a conflict that was deep within himself.

I pointed out that dreams often behave this way: If the message a dream is trying to deliver is important, it will come in multiple sets of symbols, both during sleep and during the waking hours.

I offered him a choice. We could either leave the dream discussion as far as we had taken it, or we could now turn our attention to his waking dream about his son to see if we could get closer to the core of his issue. He was startled and it took him a long time to reply. But eventually, he chose to pursue the issue further.