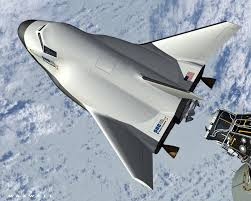 In my dream classes, I often follow a different protocol than the one I present in these posts. I like to encourage attendees to explore dream metaphors without restrictions imposed by rules. The results can be enlightening.

That was the case during last week’s class. I presented my own dream and asked anyone who wished to, to comment on any aspect that they felt was particularly compelling. Here was my dream:

David’s dream
I’m living on a space station far away from Earth. It’s enormous and elaborate—like a small city. I am observing a rocket that is landing on the space station. It’s not a small shuttle craft, but a three-stage rocket: huge. The trouble is that it is being piloted by a boy—maybe 10- or 11-years-old—and it is clear that he has no experience. This makes me extremely nervous because he has no fear of anything that could go wrong. In fact he treats the whole activity as if he were playing a video game of some sort; he’s completely lighthearted. He has to dock to the space station by landing on a protruding (male) base which is square. He has to align the comparable indentation (female) at the bottom of the rocket until the two interlock. He makes two or three attempts, misaligning them a couple of times before he gets it right. But he does succeed, and nothing is damaged. I am greatly relieved.

Documenting the symbols
While I am telling my dream, the class is madly scribbling notes in order to remember the key details. These notes tend to come out in a kind of shorthand, and two things are impressive. First, when we compare sets of notes, they are nearly identical. Second, this shorthand almost always contains every important dream symbol. Here are the symbols that were documented:  Space station, Earth, small city, huge rocket, 11-year-old pilot, nervous, fearless and lighthearted, video game, protruding (male) base, square, indentation (female), unsuccessful attempts, eventual success without damage, relief.

Class members’ thoughts
Now, instead of the usual “Tell me about it” question-and-answer step, I simply asked class members for what struck them most about the dream. Here are some responses.

*  Right away, I noticed that there were two aspects of yourself represented. One of you was the observer and the other was the active part of you. And there was a kind of separation, a lack of being together.

*  I noticed that, too. The active part of you is presented as being youthful and inexperienced, and then there is a more mature part, but it is fearful.

*  There’s an element of masculine and feminine energy in this dream. You even used the words “male” and “female,” and there is an effort to have them join together—even with quasi-sexual imagery.

*  The masculine and feminine do finally come together with no residual damage. It’s like there’s a unity at the end that wasn’t there to start with.

There’s more that we'll discuss with this dream!