This week I’ve been examining a pair of waking dreams that were experienced by a dreamer named Mike. He was on his way to a conference. First his cell phone went dead, then he came down with a case of laryngitis. (Scroll to my last posts to review the discussions he and I shared.) 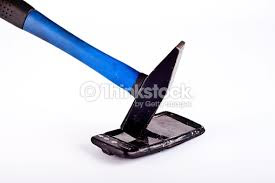 What follows are the metaphoric restatements of his two dreams. As is typical, the narrative in each dream seems odd and a bit cryptic. But if you follow the themes, you’ll pick up a message about communication problems that runs through both dreams. 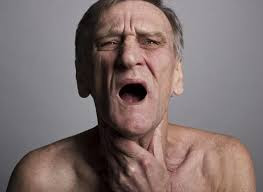 First dream restated
I am in a place inside myself that is a gathering of all the people that live in me, all with the same interest. I am going to introduce the main theme of this gathering to all the parts of me present. We’re all in an attractive place inside of me and we want to be there. I’ve arrived via a small, local terminal, and I’m waiting for my own convenient courtesy to help me get back and forth easier. But the part of me I use to talk with everyone and make plans and stay in touch isn’t working. I miss the convenient courtesy. It left me behind and I was a long time getting to my temporary accommodation.

Second dream restated
I am in a place inside of me where I can’t talk, so I’ll have difficulty communicating my message. Everything I do within me is stated in a hushed way, like I’m trying to keep a secret. I was supposed to present some new ideas to a large group of interested parts of myself. I’m also supposed to train other parts of myself in implementing some new concepts and procedures.

What was this all about?
Mike is the only one who can explain what his communication issues are. My only input is to suggest that it probably has little to do with speaking at a conference. I point out that, in both dreams, the communication lapse is occurring inside of himself. Does he identify with this?

He does not, at first. Mike—a frequent public speaker—has a hard time trying to associate with this theme of communication difficulty. When dreamers have trouble relating to their dream messages, I will mentally review our conversations. Often the clues have already presented themselves. In Mike’s case, he had bemoaned the fact that he was so busy, he rarely had time for what he loved.

I asked him to elaborate, and that’s when the dream scenario became clear to him. He told me that, for quite a while, he’d been feeling the need to slow down, rest more and take time for his other interests. He said he knew he needed a lifestyle change, but had been ignoring these nudges. I suggested that, since the issue was now beginning to act itself out metaphorically in his waking life, maybe it was time to give it some serious attention. Mike agreed.