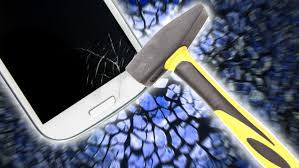 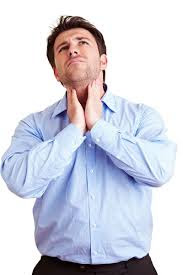 Sometimes, if an issue we are grappling with is important, we are given multiple, simultaneous dream messages. Dreams speak in metaphors, and it can seem as if the dream images we are receiving are unrelated. But closer examination often reveals a connection that is not initially apparent. Such messages can come as either sleeping or waking dreams, or a combination of both.

This week I’ll study an example of this phenomenon. In this case, both sets of metaphors have come to the dreamer as waking dreams. As a reminder, waking dreams are unsettling incidents that happen when we are awake. They can be analyzed exactly as if they were traditional dreams that we have during sleep, because waking dreams and sleeping dreams are the same phenomenon.

In this instance, the dreamer is a man named Mike. He is a busy, sought-after professional in the field of computer science. He does a lot of traveling and often lectures for large corporations.

Mike relates his pair of waking dreams
I was due to give the keynote address at a computer conference. As with lots of these kinds of events, the planners wanted to add to the conference appeal by holding it in a picturesque—but rural—area of the country. To make things more convenient for attendees, the planners provided a shuttle service from the nearest regional airport to the hotel/conference center. All you had to do was call a certain number, and the shuttle would come pick you up. Easy. But when I arrived at the airport, I realized that something was wrong with my cell phone, and I couldn’t call the number. As it turned out, the shuttle was already at the airport, and all I had to do was make contact. But since I was out of communication, the shuttle left without me, and it was hours before I got to the hotel. Frustrating!

Not only that, but I was coming down with a really bad case of laryngitis. I could barely whisper, and I wasn’t sure how I was going to be able to give my talk plus hold the workshop I was scheduled to facilitate.

Related themes
Until Mike and I talked about it, he had been unaware of a connection between laryngitis and broken cell phones. It wasn’t that he was “dense.” On the contrary, he’s a really smart guy. But it never occurred to him to consider the two as being related. Only when the relationship was pointed out to him did it became obvious. After all, it doesn’t take a rocket scientist to see that both vocal chords and cell phones are vital to communication in this age of jet-setting. Suddenly a disparate and unrelated-seeming pair of incidents took on greater meaning and significance.

These are the kinds of clues that all of us miss simply because we tend not to think along those lines. Did Mike’s two waking dreams have a significant message to deliver to him? We’ll find out this week.

If you enjoy these posts, you can follow the discussion uninterrupted.
Scroll down to the bottom of this page to learn how.
Posted by David at 10:06