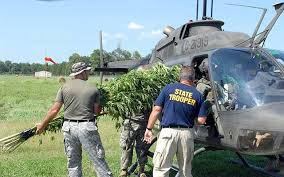 I’ve been examining the waking dream of an American midwife who became disgruntled with restrictions put on her profession. As a young woman she had been involved in Marijuana growing, so in her frustration, she took the job as the manager of a large pot growing ranch. That’s where she experienced a powerful waking dream. She and I came up with the following analysis of her experience. (If you missed the steps we took, you can scroll back and read my last posts.)

The waking dream’s analysis
There is a part of me that is in charge of my helpers that live within myself. Inside of me, I am growing something that is a painkiller and it just zones me out. Another thing in me is the substance I use to grow everything inside me (water). I have this part of me protected and covered. But the protection is destroyed from my own heat and flame. There isn’t enough of this growing agent inside of me, and part of me is trying to protect the scarce resource. This protective part of me works in the fastest way with the fewest barriers to shut everything down. I feel confusion, fear, disorganization and scattered impulses and actions in me. I’m no longer functional, dead in the water. No part of me is punished, but I have no source of income.

The dreamer’s take on this message
Little studying is needed to see that this dreamer was given a poignant warning: She’s involved in “killing pain.” The agent she uses to grow things internally is in short supply, and she is squandering it. Everything is shutting down, and she feels confusion and fear. But there is also a silver lining: The dream lets her know that she has not been “punished,” meaning that she’s only received a warning so far.

This dream was a real moment of truth for her. When she was presented with this powerful message, she became extremely thoughtful. Perhaps for the first time, she examined closely the reasons she had left her true calling: midwifery. She realized that it wasn’t because she was tired of the work. On the contrary. She left because she felt maligned and demeaned by the system. Her reaction was to make a poor choice, one that was more about anesthetizing than problem solving. She quite literally ended up growing a painkiller!

When she was presented with her waking dream’s message in this direct, clear fashion, her response was quick and constructive: The problem was not with midwifery, it was with the medical system. So the solution was to find a way out of the constraints. She did! She is now in Greece, working as a midwife with the epidemic of Syrian (and other) refugees. Her skills are desperately needed. She is appreciated—even revered. And mostly, she feels fulfilled and very happy!

Next week
Waking dreams are powerful, even when they are less dramatic than this one. We’ll examine another important one starting Monday.

If you enjoy these posts, you can follow the discussion uninterrupted.
Scroll down to the bottom of this page to learn how.
Posted by David at 09:00