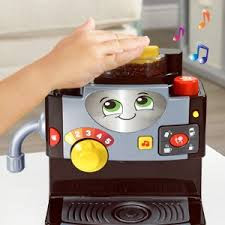 A woman had a dream in which she was grinding chairs and stuffed toys in her gigantic food processor. We have gone through the dream’s interpretation, and the themes that have emerged seem to be about disposing (grinding up) aspects of herself that she would “normally be unable to consume.”

Most of these items have to do with childhood; she calls them “playthings for a small child.” She also grinds up a part of herself that is social in nature, even though it provides a space of “communion and community.”

Finally, she makes a really fascinating comment about this process of disposing of all of these qualities. She says that this special time inside of her isn’t weighed down by “all the complications of belief systems and points of view.”

It was time to ask her what she thought her dream was about. What was she relinquishing inside of herself with such determination?


The dreamer tells her story
No doubt about it, I've been getting serious about some things in my life that I have allowed to slide. I think, when I was a child I was really open. But I took a direction in my college studies, and later in my career, that was all about being technical and accurate and “brainy.” While that was going on, I let some other areas of my own personal exploration become stagnant. These were areas that fascinated me when I was small.

Recently, I’ve decided that so much of my technical approach doesn’t answer my needs. I know there’s something bigger out there. I mean, even when I was raising my own children, I found myself “tuning into” aspects of my being that couldn’t be quantified by my scientific models. I mean, even just holding my young daughter in my lap I could feel things—love, affection, caring, concern, tenderness—that clearly fell into a different category of life. Well, my kids are grown now, and still I’ve neglected to explore these other areas of myself.

Now, I think I’m ready. And the irony is that, even though I think I was the most open when I was a small child, the destruction of kids’ toys in my dream is about the analytical part of myself: That’s the real child’s play—where I naively tried to encapsulate life into nice neat formulas and compartments.

And, yes, it was also a social thing with lots of perks. I mean, given the company I kept, that was our shared view of the way the world works. And for a while anyway, I was unwilling to disrupt that social intimacy and friendship.

That’s changed, now. I find myself wanting to explore, but also being terrified. Every time I have what I would consider an even mildly metaphysical experience, I catch myself trying to dissect and categorize. Then the doubt creeps in, and pretty soon I start questioning its validity.

I can tell that I have a long way to go. But I’m not giving up. I’ve decided to forego judgement for the short term, and just keep track of what happens to me. I’ll look over all the data over time, and then make up my mind.