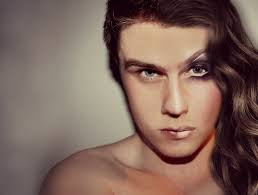 This week, we’re examining a dream in which the dreamer—a woman—saw that she had a penis. A dream like this could easily create a sense of alarm, especially if the dreamer thought that the dream imagery should be taken literally. Fortunately, this dreamer has worked a lot with dreams, and she was mostly curious to look at the dream symbols and learn what their metaphoric meanings were.

The first step, as always, was to go through the dream and isolate the important words and phrases. Then, I simply asked her to talk about each of them, and asked her to relate the first thing that came to mind. She’s experienced with this phase of dream interpretation, so the process went smoothly.


Tell me about…
* Party:  A gathering for pleasure and social interaction.
* Not all fun and games:  There was an element of seriousness about it, as if something important was being considered.
* Work-related:  There were consequences to what we decided; it was important.
* A teacher from my past:  In my youth, she was a major influence on me.
* Woman:  Feminine, maybe has a gentler approach to life, maybe more empathetic.
* Greatly admired:  I had tremendous respect for her.
* Greeted her:  Approached her to reconnect.
* Preoccupied:  Busy with other things.
* Turned away:  She had only a minimal desire to share with me.
* Man:  Masculine, more authoritative, gives the impression of being more in charge.
* Spiritual mentor:  Had knowledge about life and God that I also wanted to have.
* Not linger and chat:  It was clear that his attention was focused elsewhere.
* Across the room:  Within visual range, but still distant; there was space that separated us.
* Stepson:  Actually, I admire this young man greatly. He is successful, but also caring and completely conscientious.
* Friendly and congenial:  Attentive and delightful—more caring.
* With those he was with:  It was a group that was distant from me.
* Enormous testicles:  I guess it would be a symbol of his masculinity and procreative power. Perhaps you’d say potent.
* My husband:  My partner. My friend. My support. My teacher. My lover.
* Large testicles:  Also potent, but maybe more manageable. Less intimidating somehow.
* Looked straight down:  I concentrated on seeing my own self, blocking out the rest of the group.
* Penis:  A male appendage. And it was mine. I was part male.

Some observations
One thing is clear even before we reassemble the dream in its metaphoric version: This dream has a great deal to do with masculine and feminine energy. In much of the discussion the dreamer and I  focused on the roles of the two qualities. For that reason, I added a symbol that was not directly stated in her dream, but it was certainly implied. In her dream she was at a party and noticed four individuals. Three of them were male. But the first one she noticed was a woman who was a teacher from her past that she admired. Although she never used the word woman in her dream, I added it to the list of symbols we created, because I felt it was important and relevant.

On Friday, we’ll reassemble the dream, replacing her original symbols with her descriptions of them.