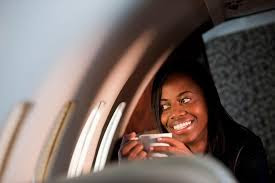 Dear readers:  Today’s post is a little bit longer than usual. The topic is one I rarely examine publicly, and it’s an important one. On Wednesday, I’ll return to my normal post length.

Although I have been writing this blog for two years, one topic—an important one—that I have deliberately avoided has been “Ethnicity and Race as Dream Symbols.” That’s because the topic is prone to misunderstandings. Color has strong emotional associations. If a dreamer dreams of an individual who is not of their own race, the person’s skin tone has important metaphoric implications for the dreamer, and it is all too easy to begin generalizing about race.

What needs to be remembered is that a loved one, or an acquaintance, or an unknown individual can appear in a dream without acting like that person in real life. For example, if a wife dreams that she sees her husband stealing merchandise, it does not mean that the husband is a thief; in real life he could be the most upright citizen in creation. Rather, the dream is probably about some issue of honesty—maybe honesty of her own feelings—that the wife is struggling with within herself.

Similarly, if I prompt a dreamer who has just dreamed of an African American, and I say, “Tell me about black,” an occasional reply goes something like this: “Black is dark. There’s no light. It’s not being able to see. It’s scary.” This is NOT an indictment of an ethnic group. It is simply a personal reaction to being unable to “see well”—visually or metaphorically. It’s a reaction that says nothing about race, but speaks volumes about the dreamer. (And by the way, I have had this response from African American dreamers as well as Caucasians.)

What has prompted me to bring up the topic now is a dream I just heard in the last two days that is refreshingly uplifting. It involves images of race, but the dreamer—a Caucasian male married to a Caucasian female—has a wonderfully metaphysical approach to life, and his understanding of color is highly spiritual. Here’s his dream:

A Dream About Getting On An Airplane
In my dream, I am escorting my wife onto an airplane, except that she’s not my wife in real life, she is a light-skinned black. She is walking just in front of me, so I never see her face, but I know that there is great affection between us, and I also know that she is gorgeous. We are standing in the plane, near the door and we’re in a crowd of other passengers. In this plane, instead of having pre-assigned seats, you wait until your name is called. My wife’s is the very first name called. We’re surprised, and delighted that she has been given the front row seat. I’m allowed to walk her to her seat even though I am not a passenger. We say our goodbyes, then I leave. But I have waited too long and the doors have closed. The retractable walkway is starting to move away from the plane, but it moves sideways to a window with a wide horizontal opening. But the window’s vertically narrow. The flight attendant opens the window and she tells me to crawl through. I’m afraid I’ll get stuck, and sure enough, I do. I can’t move beyond my waist. I have no leverage, and no one helps me. At this point I become lucid, and I tell myself, “The only way you’re going to get out of this is to wake up from your dream.” That’s what I do. And when I’m awake and realize that I’m not stuck in an airplane window, I say to myself, “See? I told you so.”